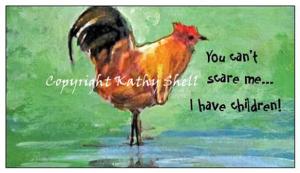 DNA tests are not as accurate as many think. They do not tell you of recent (last 80,000 years) ancestry lines. For example, there were 600 Australias Aboriginal nations, most dating back 65.000 years, but a DNA test would not give any Aboriginal origin, it would most likely give an Asian, African, or Northern Hemisphere origin.

Current DNA testing at the commercially available level is extremely general, and not accurate. It will often give three different results on three separate testings of the same person, or for identical triplets.

It is not capable of tracing the race evolvement of the past 65,000 years in Australia the oldest continent earth. I discovered this because I had wanted to do a DNA test to check my background. I now know it would be worthless information, aside from a vague guide to the extreme ancient history that predates settlement in most lands.

While the tests might discount some lineages, for example, if I had no Asian DNA then I probably would not be part Australian Aboriginal, the results in these commercial tests are only of benefit to those earning money doing them. Paternity DNA testing is a bit different and is more accurate for recent family connections. Here is a link to a report suggesting that these common DNA tests are, in their opinion, meaningless. http://www.telegraph.co.uk/news/science/science-news/9912822/DNA-ancestry-tests-branded-meaningless.html

Believe in them or not, I only put this here to show that your family can probably tell you your more recent ancestry better than the DNA testers can. More accurate testing is perhaps available but isn't what these commercial venues offer.

I travel extensively to draw inspiration for my paintings and writing from life experience.
You will discover my Australian rural-lit novels at www.rural-lit.com