Raphael Sanzio - An artist of the renaissance 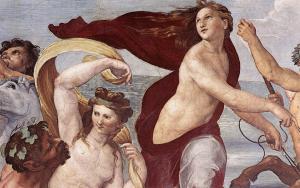 He was an Italian painter and architect of the High renaissance period. Raphael mostly worked for the Vatican and his work was largely renowned for its perfection and grace. He is considered a master among artists like Leonardo da Vinci and Michelangelo.

Raphael produced his finest work during the last few years of his life; the last painting he completed was The Transfiguration (1520).

Raphael died on April 6th of 1520, and was interred at the pantheon, his sarcophagus reads “Here lies that famous Raphael by whom nature feared to be conquered while he lived, and when he was dying, feared herself to die.