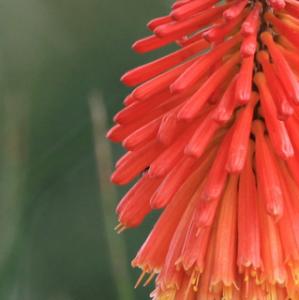 I am often asked how I get my images so sharp, especially when viewed large such as the 45x30 inch prints I have in the Denver Photo Art Gallery. Almost any digital camera can capture an image that will enlarge to 8x12 without any noticeable loss of quality, but for wall-sized prints, you need good equipment and professional technique.

Here is my basic checklist:

1. Megapixels don't really matter. Contrary to most camera advertisements, the number of megapixels does not affect image quality much. If you shoot handheld in low light with a 50MP camera, you're just going to use more bytes to represent a blurry image. If you want to go really large (say, 30x90 inches) and you get all the other factors right, it will help you to have more megapixels, but 20MP is plenty for a 36x24 inch print. Quality printers like DuraPlaq recommend 300dpi, but in my experience, they can go as low as 120dpi or even a bit lower. If your camera's resolution is 5760x3840 (22MP Canon 5D Mark III), you will be able to enlarge to 48x32 inches before you begin to notice any lack of sharpness. When trying to get a sharp image, don't focus on megapixels.

2. The lens does matter. I shoot Canon's professional L-series lenses. Cheaper lenses are made of plastic, not glass, and you're simply not going to get a razor sharp image with plastic. To see the difference, head over to the-digital-picture.com and look at the lens reviews. You will notice a big difference in sharpness as you move up in price.

3. Know your lens. Most lenses are sharpest at f/8 and beyond. There are notable exceptions, such as the Canon 70-200mm f/4L, which is sharpest at f/4. The picture in this post was taken with that lens at f/4. Because it was also zoomed in, there is a pronounced background blur also, which emphasizes the crispness of the flower petals. For most landscape photos, you will want the foreground and background equally in focus. This is typically only possible at f/8 and higher.

4. Use a rock solid tripod. The ideal lighting conditions for most landscape photos are the golden hours on either end of the day, which means less light and longer shutter speeds, especially if you're shooting at higher f-stops to get the image sharp throughout. Many of my best photos are taken at 1/3 sec or longer. To keep the camera steady, you need a great tripod. Aluminum typically doesn't cut it. I use a carbon fiber tripod with a very sturdy ball head and sometimes need to weight it with my camera bag hanging underneath (but not blowing in the wind!). I also use an L Bracket mount instead of the standard tripod foot. The L bracket provides a more secure connection to the ball head and lets you quickly change between horizontal and vertical orientation.

5. Don't touch the camera. Use a shutter release cable or remote release.

6. Focus in live view. One of my favorite features of a DSLR, especially as my eyes get older, is 10x live view. This allows you to zoom in on a particular area of the image to make sure it's in focus. Before I snap the shutter, I look at the area I want to be sharpest and use manual focus to get it really crisp. I wait until there is absolutely no motion in the display (perhaps due to strong wind) and then release the shutter. This technique has the additional advantage that the shutter mirror is already in position so the motion of the mirror swinging up will not disturb the shot.

7. One final gotcha: on Canon lenses, turn OFF image stabilization when mounted on a tripod. For some reason, when the camera is already perfectly steady, the IS circuitry will "hunt" for a stable image and you will be able to see the slow circular motion on the display in 10x live view. I've been bitten by this more than once! It's a pain because you then have to remember to turn it back on for handheld shots, but it's become part of my mental checklist when shooting on the tripod.

If you pay attention to these details, you too should be able to get sharper images. Have fun out there!