The story behind the Lady in Red 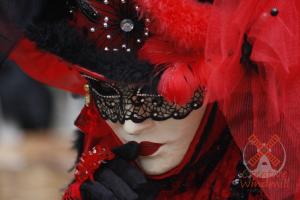 This image takes me back to Paris. It was late summer of 2011 and I went back to Europe for the first time after relocating to Canada a few years earlier. I had been to Paris many times before, and it’s one of those cities I’ve come to love. Now that sounds pretty exotic from a North American perspective, but keep in mind I grew up much closer to Paris them I am now. The ability to just get in a car and drive to Paris is one of the many great perks of living in the hustle and bustle of West Europe. The endless rain, never ending traffic congestion are a few others. But in deciding to leave all of that comfort and familiarity behind, it wasn’t the reasons that pushed me away from there that were most compelling. It was the reasons that pulled me towards change. My sense of adventure kicked in, and I wanted a change of scenery.

And so it all began. I packed my bags, and left home to never unpack them again. Before crossing the big pond we know as the Atlantic Ocean, I went on one more trip to Paris – just to say goodbye to a place I’ve visited so often. I never expected to return, thinking the distance would be too big to overcome with a new life, and new priorities. But Paris has a way of getting under your skin, and against all odds I managed to squeeze in a weekend in Paris on my first ever trip to visit the homeland. I still remember the afternoon I arrived in Paris once again, it was like a reunion with a long lost loved one you’d never imagine to see again. I had never been happier. I now understand what Gertrude Stein really meant when she said “America is my country, but Paris is my hometown”.

The Lady in Red is one of the photographs I took on that trip to Paris. It was just at an outdoor arts festival, in the beautiful Montmartre area, close to the Moulin Rouge and the Sacre Coeur. I just walked by the event, which featured several people in costume, and tried to capture some of it. Contrary to what most people believe, the photograph I took away from that precious experience is not posed, or edited afterwards. The result is the true shot as I saw it myself in real life. This photograph has become a personal favorite that makes the walls of my living room smile. Many other people have come to love it and continue to share their stories with me about how they are attracted by the emotion in the image. As Chris de Burgh said – “I never will forget the way you look tonight… my lady in red”.

My pictures, and in particular this one, carry an important invitation: to go see all the beauty this world has to offer for yourself. That’s what prompted me to write my book about the zen approach to travel. I now know Paris is just another place to go, and I’ve already been back since. Distance is more or less relative, and if you really want to go somewhere – you’ll get there sooner or later. Moving to the other side of the Atlantic Ocean literally turned my world perspective upside down. One of the things I took from this eye opener is that every destination I perceive to be “exclusive” or “exotic”, is “just another place to go”. The world is a huge place, but no matter where I decide to go next, it’s only a plane ride (or two) away. Bon voyage!

The Lady in Red is part of my 2015 fine art photography collection. Exclusive edition art works of this photograph are available through Creative Windmill Photography.

This post contains excerpts from travel book The Freedom Project and photography book A View to Take Home. Both titles are in stock on Amazon and at finer book retailers worldwide.