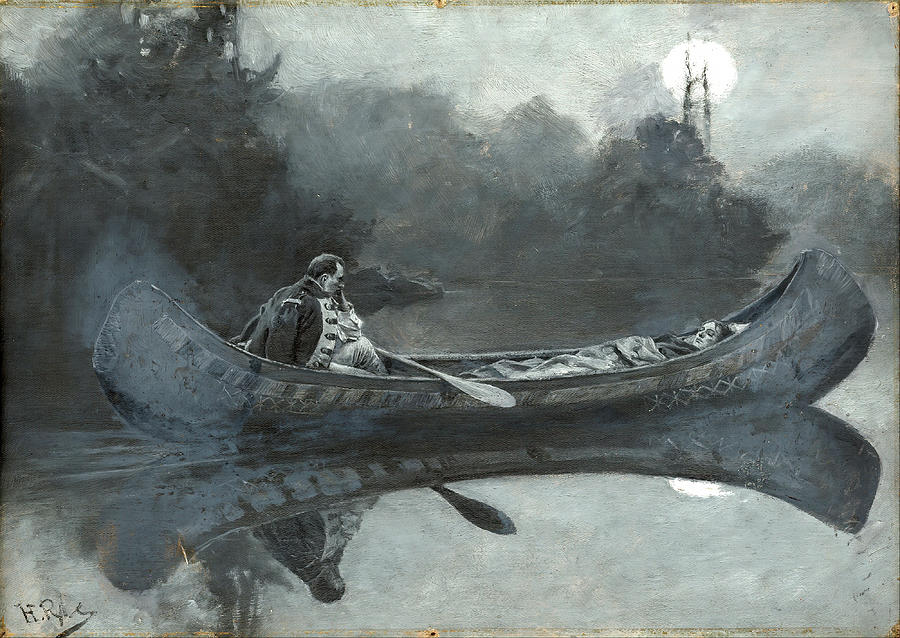 A Wounded Enemy is a painting by Eric Glaser which was uploaded on August 5th, 2020.

Painting - Oil On Board

Title: ‘My hatred of him seemed suddenly to have taken to itself wings’ (A Wounded Enemy)

Medium: Oil on Board

Howard Pyle was an American illustrator and author, primarily of books for young people. He was a native of Wilmington, Delaware, and he spent the last year of his life in Florence, Italy.

Pyle taught his students at his home and studio in Wilmington, which is still standing and is listed on the National Register of Historic Places. Pyle was an early member of The Franklin Inn Club in Philadelphia.

The Harold Frederic story "In the Valley" was first published serially in Scribner's Magazine from September 1889 through July 1890, along with 20 images by Howard Pyle. This is the last published image for that story.

This is a Google Art Project image, thank you Google!