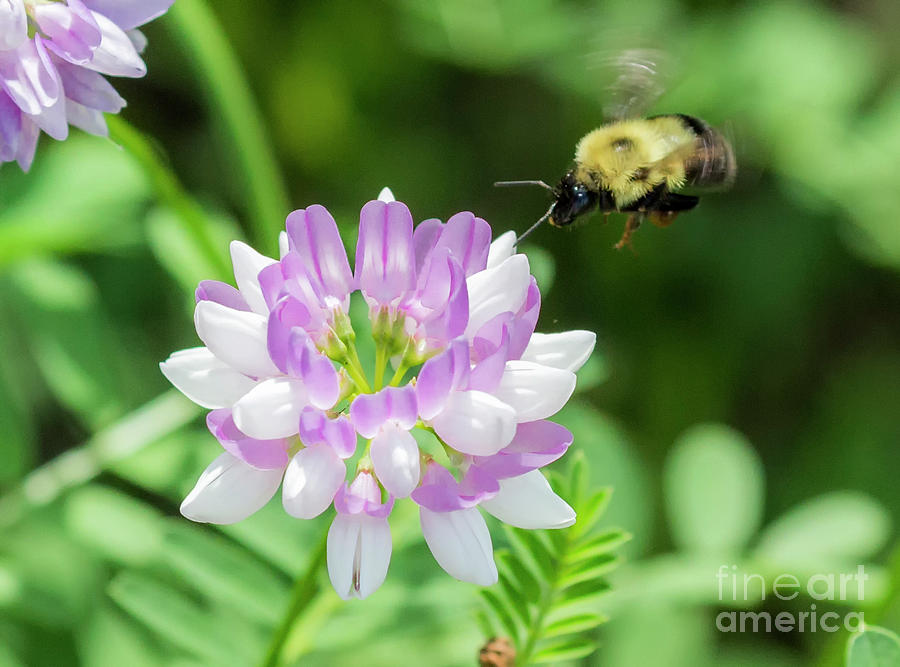 Bumble Bee Pollinating a Flower is a photograph by Ricky L Jones which was uploaded on June 19th, 2016.

A bumblebee, also written bumble bee, is a member of the bee genus Bombus, in the family Apidae. The brood parasitic or cuckoo bumblebees have sometimes been classified as a subgenus or genus, Psithyrus, but are now usually treated as members of Bombus. This genus is the only extant group in the tribe Bombini, though a few extinct related genera (e.g., Calyptapis) are known from fossils. Over 250 species are known, found primarily in higher latitudes or at higher altitude in the Northern Hemisphere, although they also occur in South America; however, a few lowland tropical species are known. European bumblebees have been introduced to New Zealand and Tasmania.

Bumblebees are social insects which form colonies with a single queen. Colonies are smaller than those of honeybees, growing to as few as 50 individuals in a nest. Female bumblebees can sting repeatedly, but generally ignore humans and other animals. Cuckoo bumblebees do not make nests; their queens aggressively invade the nests of other bumblebee species, kill the resident queens and then lay their own eggs which are cared for by the resident workers.
-wiki

Thank you very much Cindy!

Thank you very much Joan!

Thank you very much Johanna!

Beautiful macro Ricky, Congratulations on your Highlighted Artist Feature of the Week in WFS!...L

Thank you very much Donna!

Congrats on your Highlighted Artist Feature! Wonderful details on this amazing capture! L&F

Thank you very much Carolyn!

Ricky, congratulations on your Highlighted Artist Feature in WFS! L

Thank you very much Marilyn!

Thank you very much Hanne!

Thank you very much Sharon!

Congratulations for being one of our present SPECIAL HIGHLIGHTED ARTISTS, as you are very deserving of this special honor. Check it out on top of the Homepage of our site. It surely is a true honor to FEATURE THIS BEAUTY ON OUR HOMEPAGE! Your talents and love for art are surely dominant in this beautiful piece of outstanding art work! Thanks so very much for sharing, so we may enjoy and adore the beauty within! LIKED AND FAVED Randy B. Rosenberger (admin of WFS group) http://fineartamerica.com/groups/wisconsin-flowers-and-scenery.html