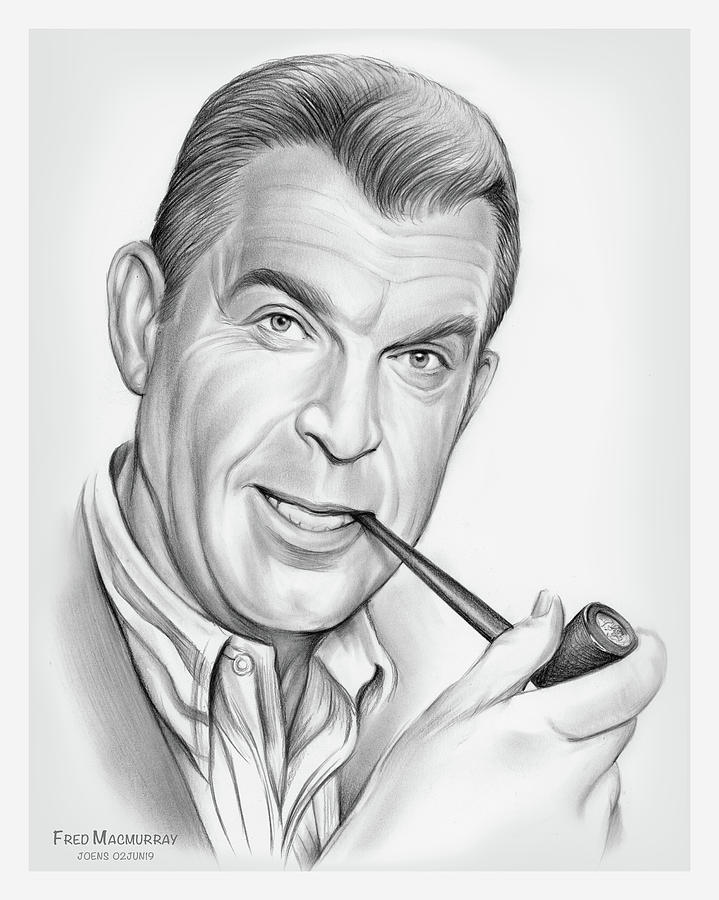 Fred MacMurray is a drawing by Greg Joens which was uploaded on June 2nd, 2019.

Pencil Sketch of the Day:... more

Frederick Martin MacMurray (August 30, 1908 – November 5, 1991) was an American actor and singer who appeared in more than 100 films and a successful television series during a career that spanned nearly a half-century, from 1930 to the 1970s.

MacMurray is best known for his role in the 1944 film noir Double Indemnity directed by Billy Wilder, in which he starred with Barbara Stanwyck and Edward G. Robinson. Later in his career, he performed in numerous Disney films, including The Absent-Minded Professor, The Happiest Millionaire, and The Shaggy Dog. In 1960, MacMurray turned to television in the role of Steve Douglas, the widowed patriarch on My Three Sons, which ran on ABC from 1960 to 1965 and then on CBS from 1965 to 1972.