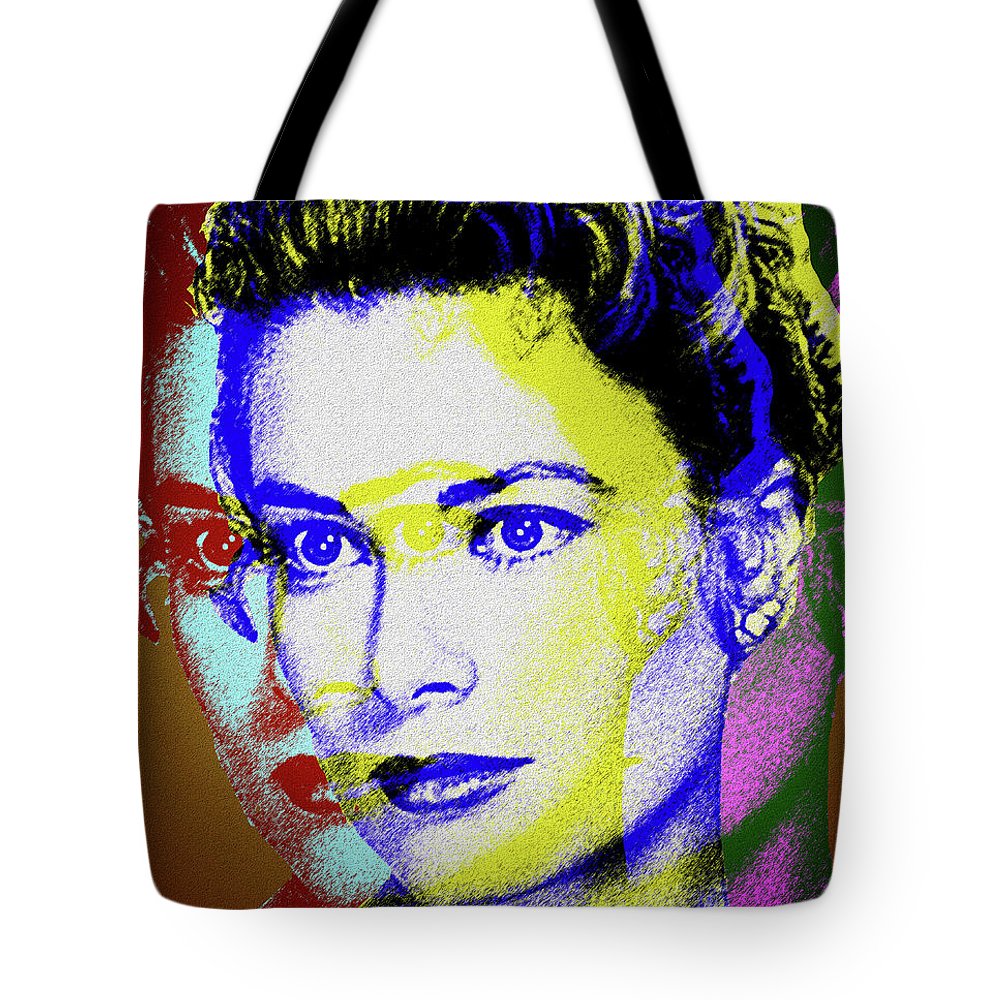 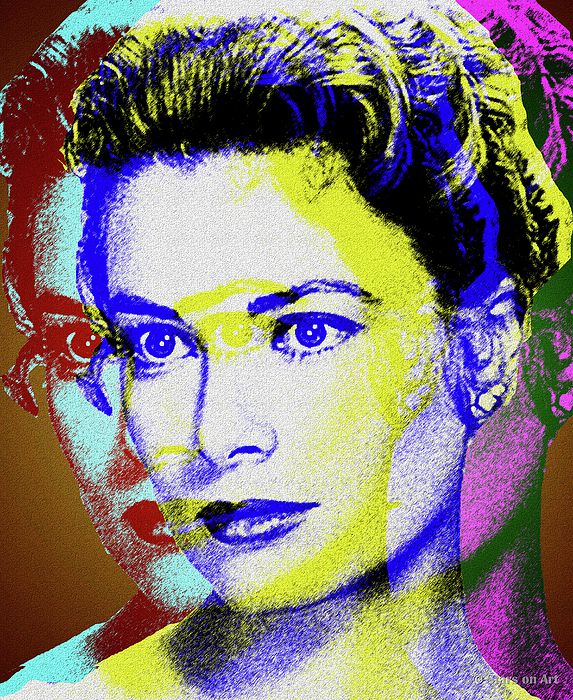 Purchase a tote bag featuring the digital art "Grace Kelly" by Stars on Art.   Our tote bags are made from soft, durable, poly-poplin fabric and include a 1" black strap for easy carrying on your shoulder.   All seams are double-stitched for added durability.   Each tote bag is machine-washable in cold water and is printed on both sides using the same image.

Retro style portrait of actress Grace Kelly. Kelly (1929 – 1982) was an American film actress who starred in several notable films during the... more

Retro style portrait of actress Grace Kelly. Kelly (1929 – 1982) was an American film actress who starred in several notable films during the 1950s. She became Princess of Monaco by marrying Prince Rainier III in April 1956. At 52, still one of the world's most beautiful and elegant women, she died after a fatal car accident, Her serene beauty attracted attention in Hollywood, and she landed a bit part in the film “Fourteen Hours” (1951). The following year she got her first starring role as the wife who ultimately did not forsake Gary Cooper in “High Noon.” She was nominated for a best-supporting actress Oscar in 1953 for her portrayal of an adulteress in “Mogambo,” co-starring Clark Gable and Ava Gardner. She won a Golden Globe Award along with an Academy Award nomination. In 1954, she won the Oscar for Best Actress for her role in “The Country Girl,” with Bing Crosby. Also with Crosby, she was in the romantic musical “High Society” (1956.) She then starred in...

Stars on Art is the premier source for movie star artwork, including illustrations, paintings, and reproductions of vintage movie posters. When searching for an actor, if no results are found, add the word "actor" after the name. Visit our COLLECTIONS page for various styles, or go directly to Starsonart.com to search by any word or name, since many actor names can only be searched there. Visit some of our 3D art gallery tours, Here at Stars on Art, we fully understand your passion for Hollywood films and how much you enjoy expressing this passion by owning exquisite and expertly illustrated Hollywood art. That's why all our artwork has lovingly and skillfully been hand created digitally to produce premium quality brush paintings or...