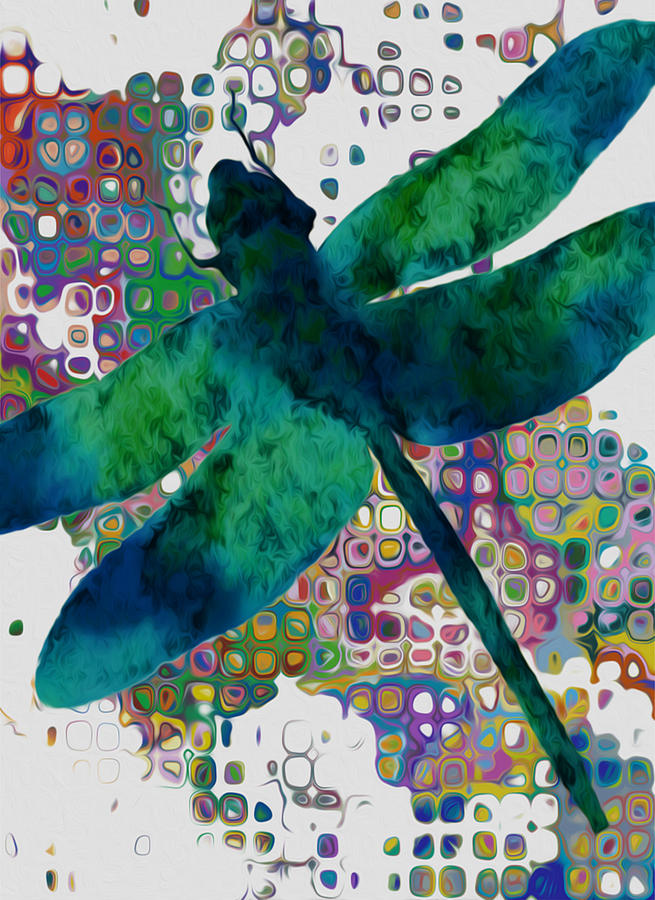 Dragonfly is a painting by Jack Zulli which was uploaded on April 1st, 2014.

Worked in Photoshop and Painter...Digital art is a general term for a range of artistic works and practices that use digital technology as an... more

Worked in Photoshop and Painter...Digital art is a general term for a range of artistic works and practices that use digital technology as an essential part of the creative and/or presentation process. Since the 1970s, various names have been used to describe the process including computer art and multimedia art, and digital art is itself placed under the larger umbrella term new media art.

After some initial resistance, the impact of digital technology has transformed activities such as painting, drawing, sculpture and music/sound art, while new forms, such as net art, digital installation art, and virtual reality, have become recognized artistic practices. More generally the term digital artist is used to describe an artist who makes use of digital technologies in the production of art. In an expanded sense, "digital art" is a term applied to contemporary art that uses the methods of mass production or digital media.

The techniques of digital art are used extensively by the mainstream media in advertisements, and by film-makers to produce special effects. Desktop publishing has had a huge impact on the publishing world, although that is more related to graphic design. Both digital and traditional artists use many sources of electronic information and programs to create their work. Given the parallels between visual and musical arts, it is possible that general acceptance of the value of digital art will progress in much the same way as the increased acceptance of electronically produced music over the last three decades.

Digital art can be purely computer-generated (such as fractals and algorithmic art) or taken from other sources, such as a scanned photograph or an image drawn using vector graphics software using a mouse or graphics tablet (methods used in these works). Though technically the term may be applied to art done using other media or processes and merely scanned in, it is usually reserved for art that has been non-trivially modified by a computing process (such as a computer program, microcontroller or any electronic system capable of interpreting an input to create an output); digitized text data and raw audio and video recordings are not usually considered digital art in themselves, but can be part of the larger project of computer art and information art. Artworks are considered digital painting when created in similar fashion to non-digital paintings but using software on a computer platform and digitally outputting the resulting image as painted on canvas.

Jack, Congratulations on your Sale!...L

Congratulations,Jack on this sale of this wonderful creation! F

Thanks to the buyer from Westbury, New York for the purchase of this work!;)

Congratulations on your sale, and your work!!!