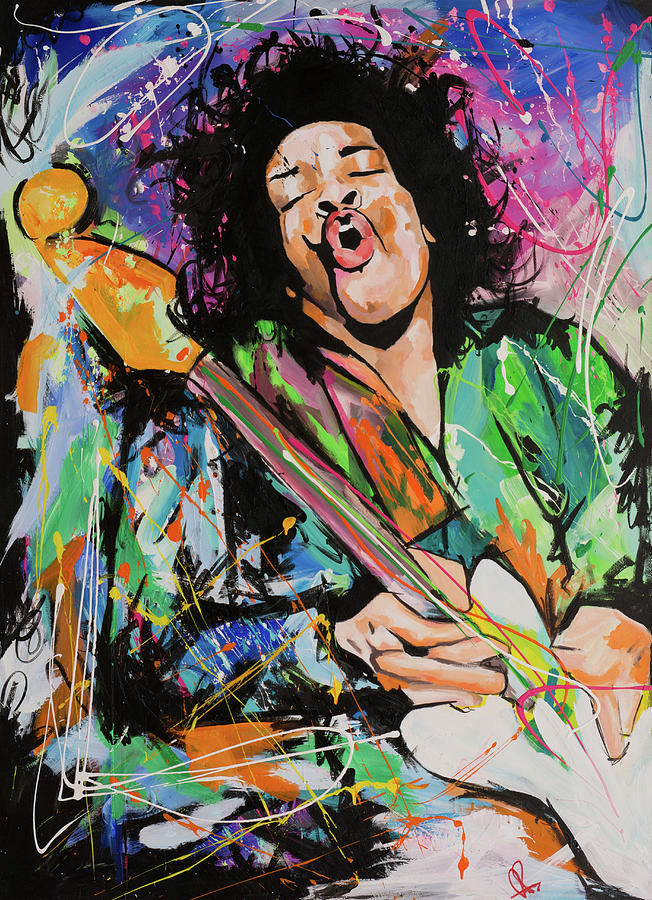 Jimi Hendrix is a painting by Richard Day which was uploaded on September 2nd, 2015.

James Marshall "Jimi" Hendrix (born Johnny Allen Hendrix; November 27, 1942 September 18, 1970) was an American rock guitarist, singer, and songwriter. Although his mainstream career spanned only four years, he is widely regarded as one of the most influential electric guitarists in the history of popular music, and one of the most celebrated musicians of the 20th century. The Rock and Roll Hall of Fame describes him as "arguably the greatest instrumentalist in the history of rock music".

The Jimi Hendrix Experience was inducted into the Rock and Roll Hall of Fame in 1992 and the UK Music Hall of Fame in 2005. Rolling Stone ranked the band's three studio albums, Are You Experienced, Axis: Bold as Love, and Electric Ladyland, among the 100 greatest albums of all time, and they ranked Hendrix as the greatest guitarist and the sixth greatest artist of all time.

Large painting of Jimi Hendrix during a Live performance.

Part of my 'Live' Series of Paintings.