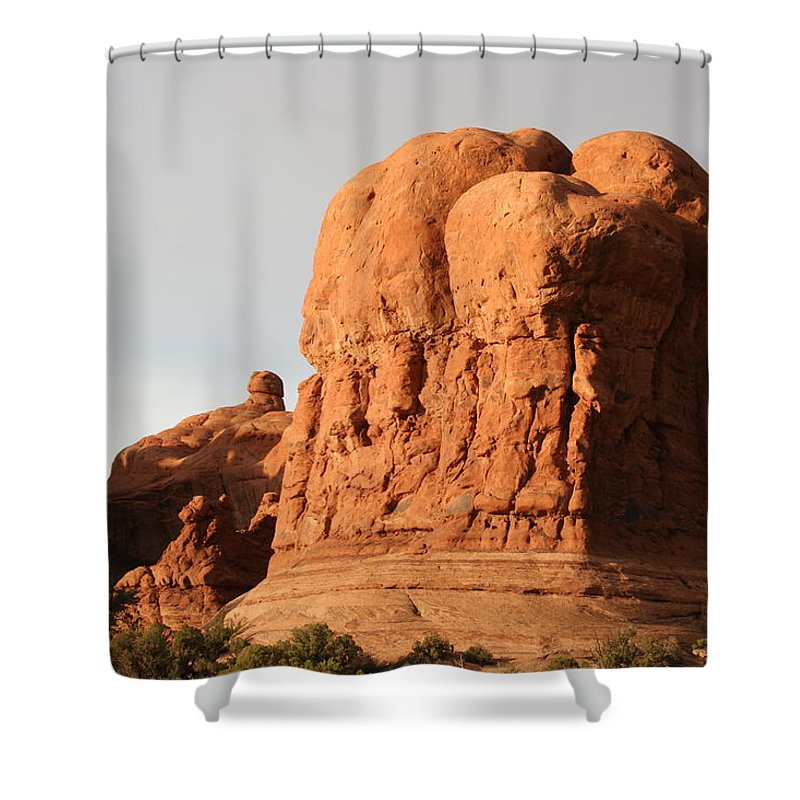 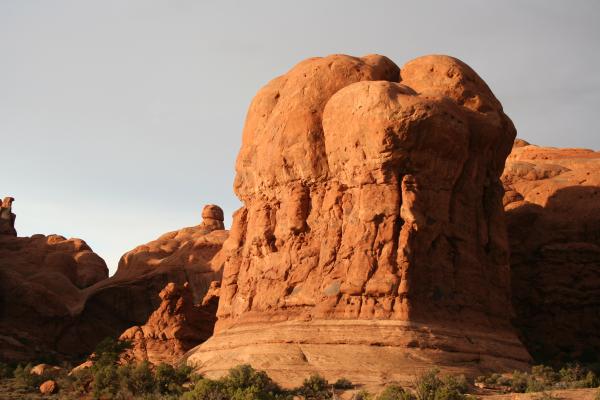 Thank you very much Chris.

I love it. Great quality and exactly what I was looking for. Price was a bit more than I wanted to spend but overall happy.

Arrived quickly and is FANTASTIC!

We love our shower curtain

Copyright: Christiane Schulze Arches National Park is a U.S. National Park in eastern Utah. It is known for preserving over 2000 natural sandstone arches, including the world-famous Delicate Arch, in addition to a variety of unique geological resources and formations. The park is located just outside of Moab, Utah, and is 76,679 acres (31,031 ha) in area. Its highest elevation is 5,653 feet (1,723 m) at Elephant Butte, and its lowest elevation is 4,085 feet (1,245 m) at the visitor center. Forty-three arches have collapsed due to erosion since 1970. The park receives 10 inches (250 mm) of rain a year on average. Administered by the National Park Service, the area was originally created as a National Monument on April 12, 1929. It was redesignated as a National Park on November 12, 1971. From Wikipedia