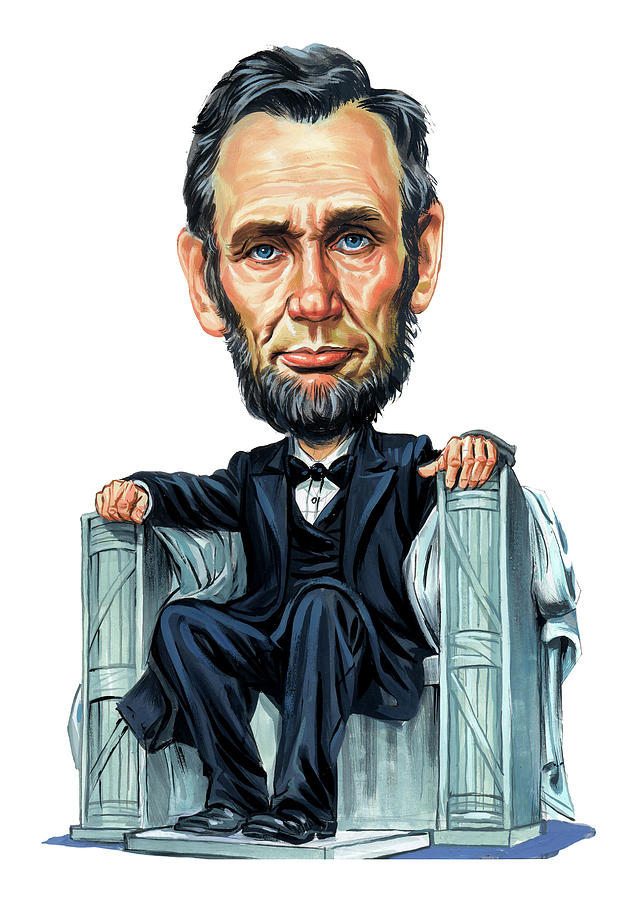 Abraham Lincoln is a painting by Art which was uploaded on February 7th, 2012.

Abraham Lincoln (February 12, 1809 - April 15, 1865) was the 16th President of the United States, serving from March 1861 until his assassination in April 1865. He successfully led his country through a great constitutional, military and moral crisis � the American Civil War � preserving the Union, while ending slavery, and promoting economic and financial modernization. Reared in a poor family on the western frontier, Lincoln was mostly self-educated. He became a country lawyer, an Illinois state legislator, and a one-term member of the United States House of Representatives, but failed in two attempts to be elected to the United States Senate. After opposing the expansion of slavery in the United States in his campaign debates and speeches, Lincoln secured the Republican nomination and was elected president in 1860. Before Lincoln took office in March, seven southern slave states declared their secession and formed the Confederacy. When war began with the Confederate attack on Fort Sumter on April 12, 1861, Lincoln concentrated on both the military and political dimensions of the war effort, seeking to reunify the nation. He vigorously exercised unprecedented war powers, including the arrest and detention without trial of thousands of suspected secessionists. He prevented British recognition of the Confederacy by skillfully handling the Trent affair late in 1861. He issued his Emancipation Proclamation in 1863 and promoted the passage of the Thirteenth Amendment to the United States Constitution, abolishing slavery. Lincoln closely supervised the war effort, especially the selection of top generals, including commanding general Ulysses S. Grant. He brought leaders of various factions of his party into his cabinet and pressured them to cooperate. Under his leadership, the Union set up a naval blockade that shut down the South's normal trade, took control of the border slave states at the start of the war, gained control communications with gunboats on the southern river systems, and tried repeatedly to capture the Confederate capital at Richmond. Each time a general failed, Lincoln substituted another until finally Grant succeeded in 1865. An exceptionally astute politician deeply involved with power issues in each state, he reached out to War Democrats and managed his own re-election in the 1864 presidential election. As the leader of the moderate faction of the Republican party, Lincoln found his policies and personality were "blasted from all sides": Radical Republicans demanded harsher treatment of the South, War Democrats desired more compromise, Copperheads despised him, and irreconcilable secessionists plotted his death. Politically, Lincoln fought back with patronage, by pitting his opponents against each other, and by appealing to the American people with his powers of oratory. His Gettysburg Address of 1863 became the most quoted speech in American history. It was an iconic statement of America's dedication to the principles of nationalism, equal rights, liberty, and democracy. At the close of the war, Lincoln held a moderate view of Reconstruction, seeking to speedily reunite the nation through a policy of generous reconciliation in the face of lingering and bitter divisiveness. But six days after the surrender of Confederate commanding general Robert E. Lee, Lincoln was assassinated by Confederate sympathizer John Wilkes Booth at Ford's Theatre. His death was the first assassination of a U.S. president and sent the northern parts of the country into mourning. Lincoln has been consistently ranked by scholars and the public as one of the three greatest U.S. presidents. Source: Wikipedia.org