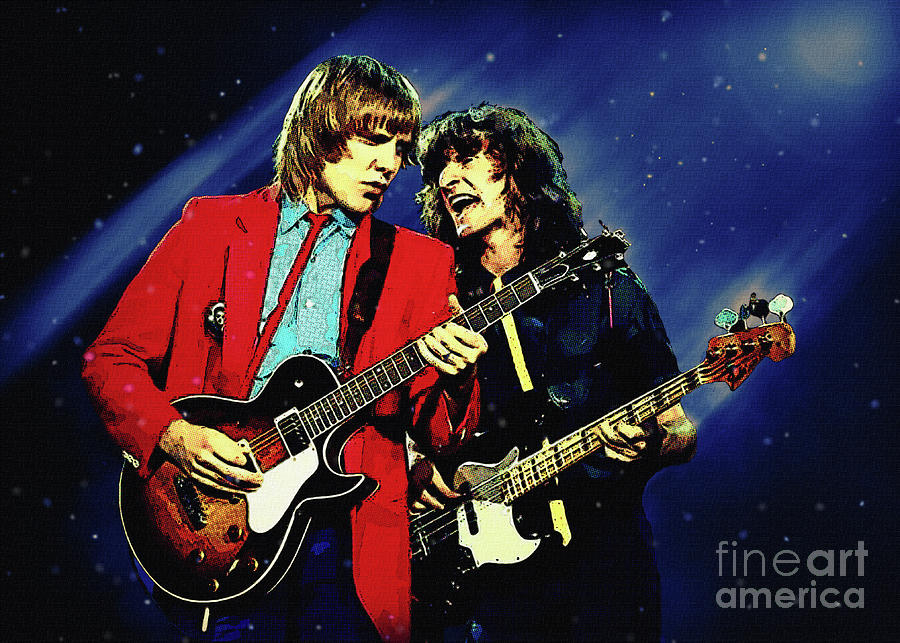 alex lifeson and Geddy Lee is a piece of digital artwork by Gunawan RB which was uploaded on July 25th, 2020.

Alexandar Živojinović, OC (born 27 August 1953), better known by his stage name Alex Lifeson, is a Canadian musician, songwriter, and record producer, best known as the guitarist of the progressive rock band Rush. In 1968, Lifeson co-founded the band that would become Rush, with drummer John Rutsey and bassist and singer Jeff Jones. Jones was replaced by Geddy Lee a month later, and Rutsey was replaced by Neil Peart in 1974.