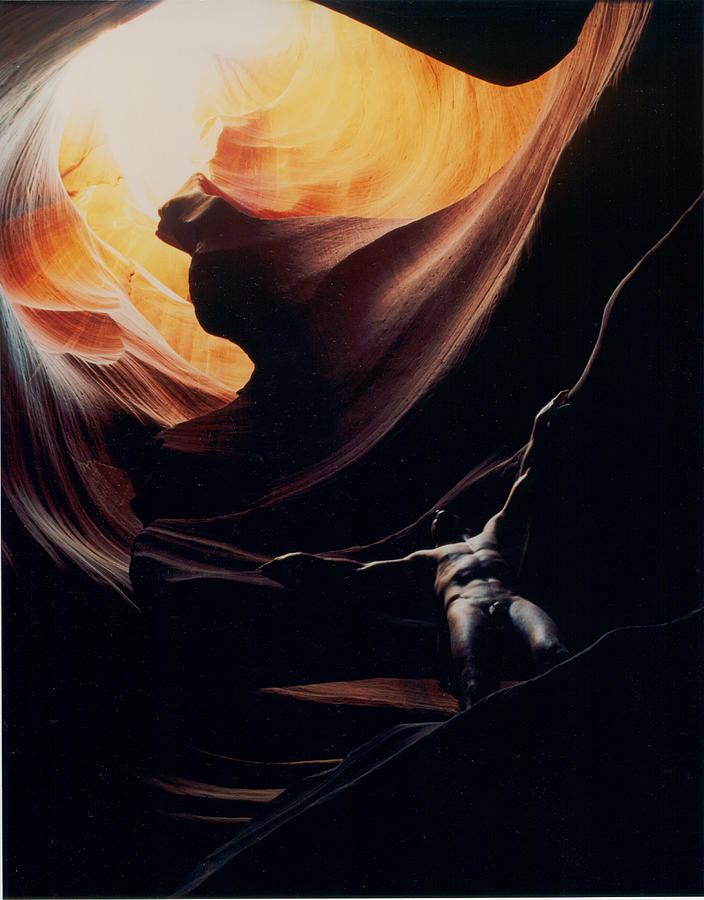 Antelope Canyon 4 is a photograph by Sean LungMyers which was uploaded on April 17th, 2013.

Sean Lungs (now LungMyers) work is in fine homes around the world and has been showcased in the finest fundraisers and galleries . . . a couple... more

Sean Lungs (now LungMyers) work is in fine homes around the world and has been showcased in the finest fundraisers and galleries . . . a couple notable ones, the San Diego Museum of Art (next to an Annie Leibovitz photo) and Leslie-Lohman Museum in New York City and his work has been featured in ARTicles along with Blue Magazine, which did an entire spread about his photography.

What follows is a well-established art critics review:

Sean Lung shows how photography can harmoniously combine two overworked genres, the heroic landscape and male nude, in a way that negates the inherent cliche in each.

Landscape as a subject has been overworked to the point that it hardly warrants more than a cursory glance. There are numerous photographers in the world who take pictures of spectacular sights with the thought of capturing Gods sublime handiwork, forever commemorating it, freezing it for an eternity. This is not the focus of Lungs work.

Lungs approach is original with an abstract result. He is a master composer. His use of landscapes completely evades an association with a natural setting. The abstract stridency found in nature provides a striking background for the human figure. Lung celebrates the beauty of the human form, but only as another element of natural beauty in his photographs.

Viewing his work, one realizes that Lung is evading easy association in the use of the male nude. It is a figurative element that neither complements nor counters the picture plane. Thus he escapes the stereotype of nudes. Rather, the model is just another element of composition of the picture.

Lungs instinct, rather than design, provides the most important element to his work. His descriptions of this work are spare and understated, but no matter how he describes it, his work is beyond description. Words are inadequate to capture what Lung processes with his camera.

All of Sean LungMyers photos are taken with a film camera without ANY artificial use of filters or lighting. What you see is exactly as the subject appeared in nature, totally un-enhanced.