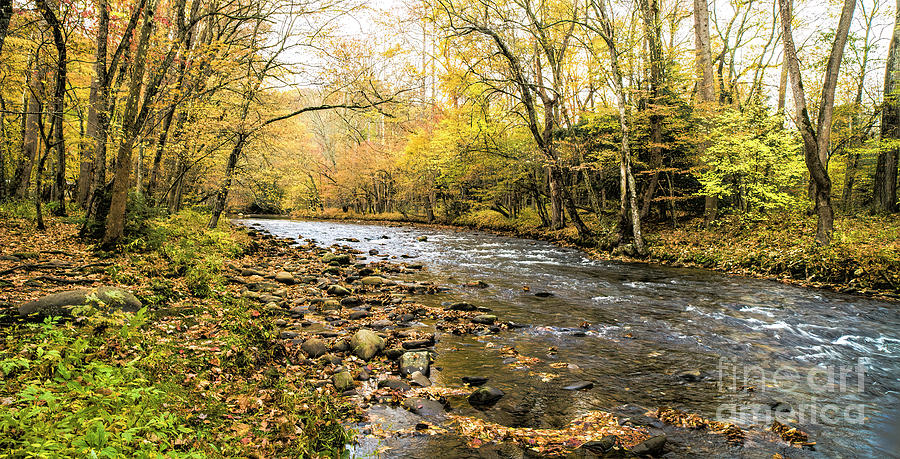 Autumn In Great Smoky Mountains National Park, 4 is a photograph by Felix Lai which was uploaded on October 28th, 2019.

Great Smoky Mountains National Park
Great Smoky Mountains National Park is a United States National Park and UNESCO World Heritage Site that straddles the ridgeline of the Great Smoky Mountains, part of the Blue Ridge Mountains, which are a division of the larger Appalachian Mountain chain. The border between Tennessee and North Carolina runs northeast to southwest through the centerline of the park. It is the most visited national park in the United States with over 11.3 million recreational visitors in 2016. On its route from Maine to Georgia, the Appalachian Trail also passes through the center of the park. The park was chartered by the United States Congress in 1934 and officially dedicated by President Franklin Delano Roosevelt in 1940. It encompasses 522,419 acres, making it one of the largest protected areas in the eastern United States. The main park entrances are located along U.S. Highway 441 at the towns of Gatlinburg, Tennessee, and Cherokee, North Carolina. It was the first national park whose land and other costs were paid for in part with federal funds; previous parks were funded wholly with state money or private funds. Due to the 2016 Great Smoky Mountains wildfires, the Park was under evacuation orders, along with some towns and cities located nearby.

* Copyright Felix Lai. Watermark will not appear on the final print of th

This is fantastic shot! l/f

Gorgeous capture of this autumn scene!

What a gorgeous scene, love the angle LF

Very nice . . .can see myself walking along that stream!

Such a beautiful place, Felix - f/l

It's a lovely autumnal image.

Such a beautiful Autumn presentation with the color and wonderful river, Felix!! v/f/t