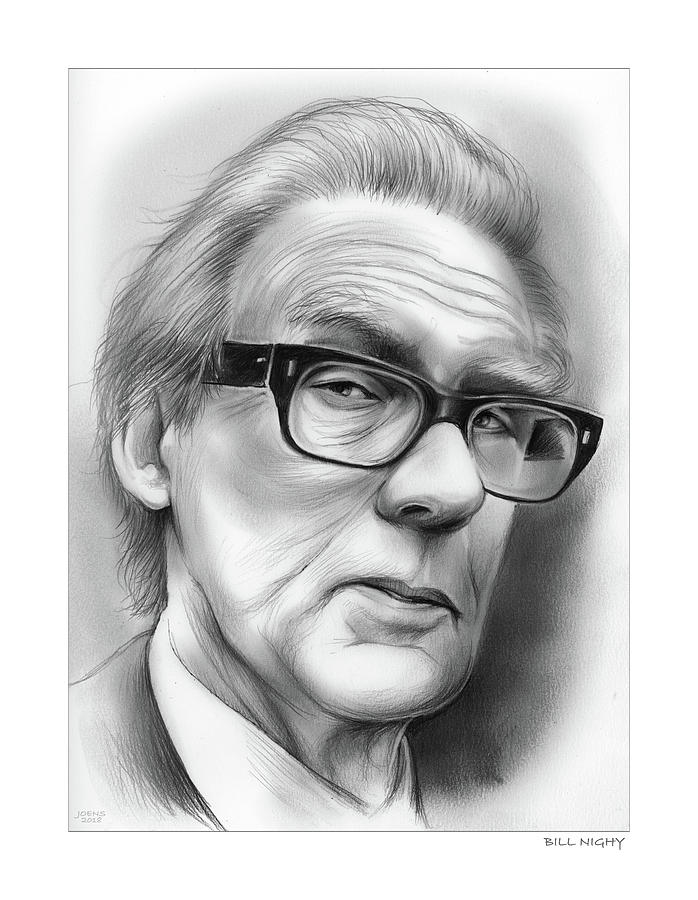 Bill Nighy is a drawing by Greg Joens which was uploaded on December 12th, 2018.

William Francis Nighy (born 12 December 1949) is an English actor. He worked in theatre and television before his first cinema role in 1981, and made... more

William Francis Nighy (born 12 December 1949) is an English actor. He worked in theatre and television before his first cinema role in 1981, and made his name in television with The Men's Room in 1991, in which he played the womaniser Professor Mark Carleton.

Nighy became widely known for his performance as Billy Mack in Love Actually. Other notable roles in cinema include his portrayal of Davy Jones in Pirates of the Caribbean film series, as well as Viktor in the Underworld film series.

He is also known for his roles in the films Lawless Heart, I Capture the Castle, Shaun of the Dead, The Hitchhiker's Guide to the Galaxy, Notes on a Scandal, Hot Fuzz, Valkyrie, Harry Potter and the Deathly Hallows – Part 1, Rango and The Best Exotic Marigold Hotel. His performances were also acclaimed in the State of Play series and in the TV films The Girl in the Café, Gideon's Daughter and Page Eight, for which he earned Golden Globe nominations, winning one for Gideon's Daughter. Source: Wikipedia