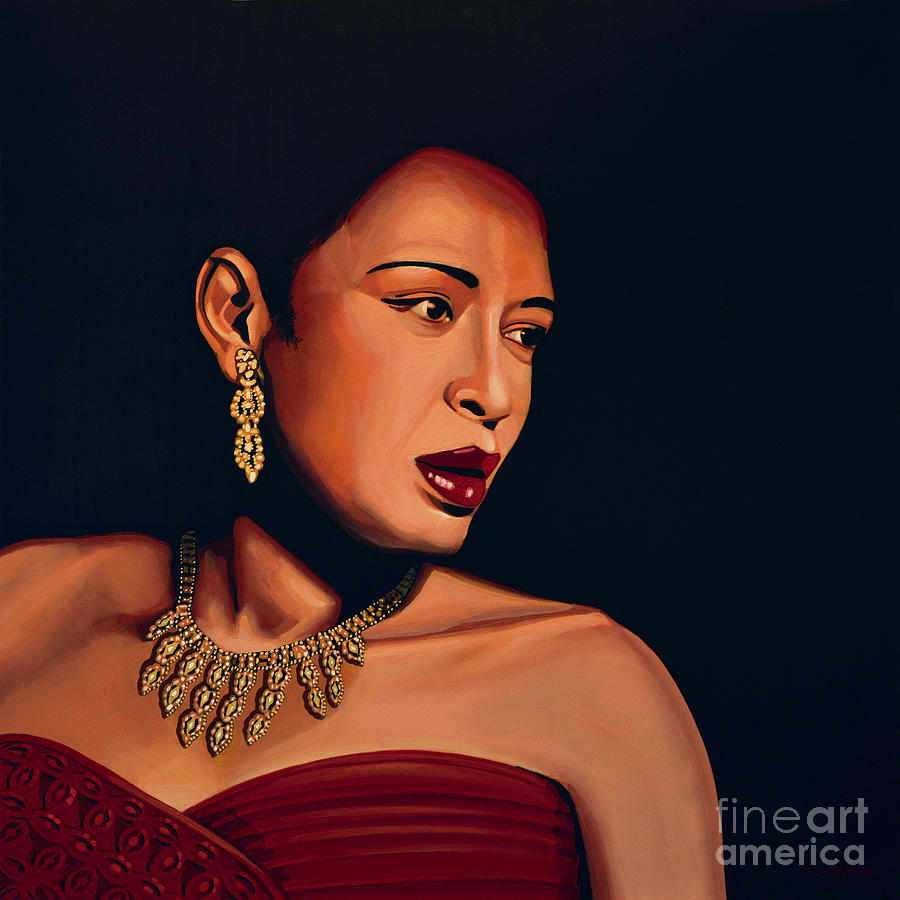 Billie Holiday is a painting by Paul Meijering which was uploaded on January 31st, 2016.

Realistic acrylic painting of the legendary American jazz musician and singer-songwriter Billie Holiday, painted by the Dutch fine artist Paul Meijering - the Original painting is 90 x 90 cm and for sale

Eleanora Fagan (April 7, 1915 - July 17, 1959), professionally known as Billie Holiday, was an American jazz musician and singer-songwriter with a career spanning nearly thirty years. Nicknamed "Lady Day" by her friend and music partner Lester Young, Holiday had a seminal influence on jazz music and pop singing. Her vocal style, strongly inspired by jazz instrumentalists, pioneered a new way of manipulating phrasing and tempo. Holiday was known for her vocal delivery and improvisation skills, which made up for her limited range and lack of formal music education.

Much of Holiday's material has been rereleased since her death, and she is considered a legendary performer with an ongoing influence on American music. Holiday is the recipient of four Grammy awards, all of them posthumous awards for Best Historical Album. Furthermore, Holiday herself was inducted into the Grammy Hall of Fame in 1973. Lady Sings the Blues, a film centered on Holiday's life, starring Diana Ross, was released in 1972.

Magnificent! The way you capture the lady of blues!

Paul Congratulations You have been Featured in ‘Everything In Moderation, Including Moderation’ for your work of excellence in your medium! BRAVO TO YOU!!!

Thank you so very much, Syne, for your dear compliments, all your support and the feature in your wonderful group!!;-)... THANKS!!:-)

Featured in SHE HAS STYLE group. Billie certainly had style, alright! Awesome as is all your work, Paul.

Thank you so very much, PJ, for kind words, your compliments, your support and the feature in your wonderful stylish group!!;-))...

Thank you so very much, John, for your support and the feature in your exciting group!!;-))...