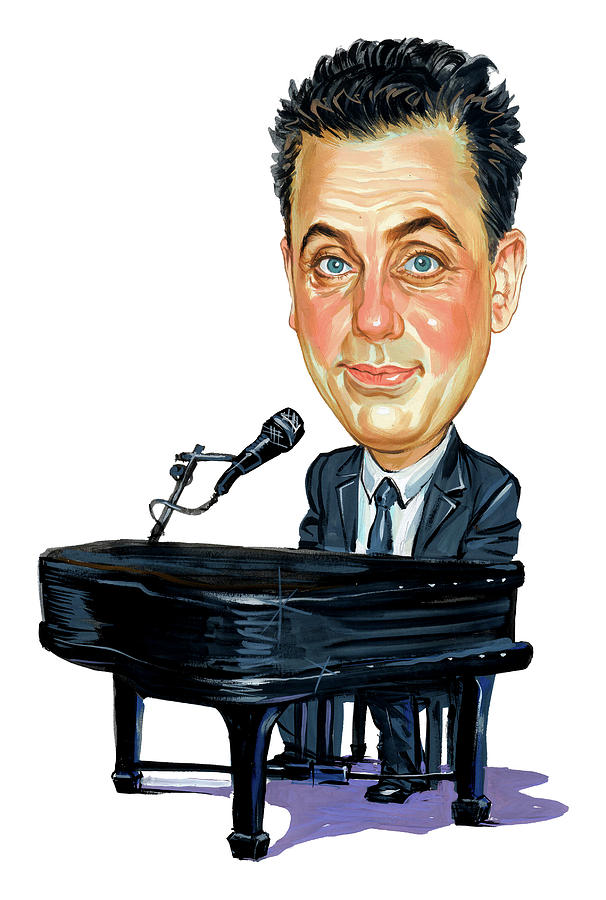 Billy Joel is a painting by Art which was uploaded on December 2nd, 2010.

William Martin Billy Joel (born May 9, 1949) is an American musician and pianist, performer, singer-songwriter, and classical composer. Since... more

William Martin "Billy" Joel (born May 9, 1949) is an American musician and pianist, performer, singer-songwriter, and classical composer. Since releasing his first hit song, "Piano Man", in 1973, Joel has become the sixth best-selling recording artist and the third best-selling solo artist in the United States, according to the RIAA.
Joel had Top 40 hits in the 1970s, 1980s, and 1990s, achieving 33 Top 40 hits in the United States, all of which he wrote himself. He is also a six-time Grammy Award winner, a 23-time Grammy nominee and has sold over 150 million records worldwide. He was inducted into the Songwriter's Hall of Fame (1992), the Rock and Roll Hall of Fame (1999), the Long Island Music Hall of Fame (2006), and the Hit Parade Hall of Fame (2009). In 2008, Billboard magazine released a list of the Hot 100 All-Time Top Artists to celebrate the US singles chart's 50th anniversary, with Joel at No. 23. With the exception of the 2007 single "All My Life," Joel discontinued recording new material after 1993's River of Dreams but continues to tour. Source: Wikipedia.org

Congratulations on your recent sale. :-)

Congrats on Your Sale!!.....Wonderful Blessing.