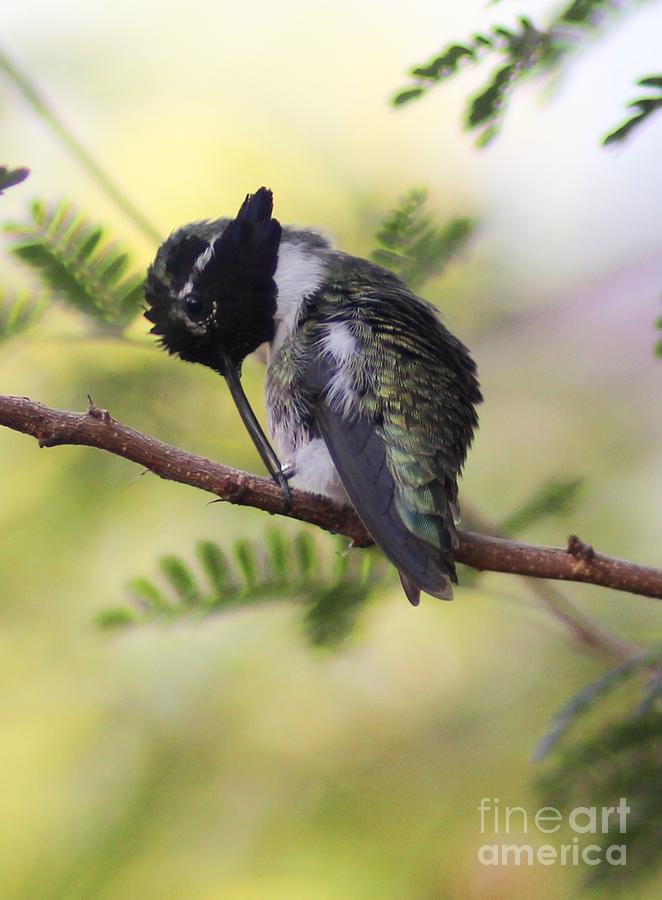 Black-chinned hummingbird is a photograph by Rupali Kumbhani which was uploaded on January 4th, 2016.

There are well over three hundred species of hummingbirds, all native to the Americas. The vast majority, not surprisingly, are found in the tropics,... more

There are well over three hundred species of hummingbirds, all native to the Americas. The vast majority, not surprisingly, are found in the tropics, where flowers abound year-round. Only a handful of species reach the United States; southern Arizona hosts more than a dozen of those. Costa's Hummingbird is the only true desert hummer here, but several others live along the desert's edges. Black-chinned and Broad-billed Hummingbirds nest in streamside woods in summer, while Anna's Hummingbird, a recent invader from California, nests in the same areas (and in residential neighborhoods) in winter. Tuscon hosts the greatest variety of hummers in late summer, when several species are on their way south. Rufous Hummingbirds, southbound from nesting grounds in the northwest U.S., may appear in the Sonoran Desert by July, along with lesser numbers of other species, to joust for space around the blooms that follow the summer rains.

Black-chinned Hummingbird: 3� inches (9 cm) in length; 3 to 4 g in weight. This hummingbird is iridescent green above and gray below. The male has a velvet black throat, the bottom border of which iridesces violet in good light. The dark throat patch contrasts strongly with a white upper breast, giving a collared effect. The females lack dark throat patches.