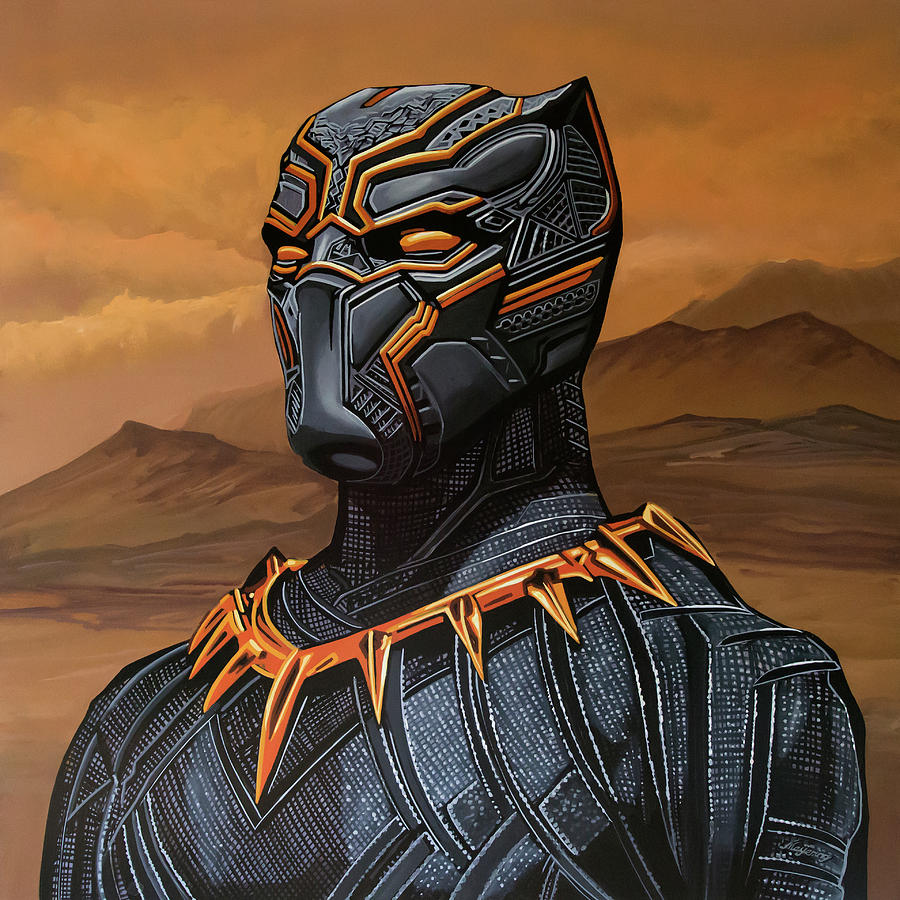 Black Panther Painting is a painting by Paul Meijering which was uploaded on May 21st, 2018.

Realistic acrylic painting of Chadwick Boseman as the Black Panther, painted by the Dutch fine artist Paul Meijering - the Original painting is 90 x 90 cm and for sale

Black Panther is a 2018 American superhero film based on the Marvel Comics character of the same name. Produced by Marvel Studios and distributed by Walt Disney Studios Motion Pictures, it is the eighteenth film in the Marvel Cinematic Universe (MCU). The film is directed by Ryan Coogler, who co-wrote the screenplay with Joe Robert Cole, and stars Chadwick Boseman as T'Challa / Black Panther, alongside Michael B. Jordan, Lupita Nyong'o, Danai Gurira, Martin Freeman, Daniel Kaluuya, Letitia Wright, Winston Duke, Angela Bassett, Forest Whitaker, and Andy Serkis. In Black Panther, T'Challa returns home as king of Wakanda but finds his sovereignty challenged by a new adversary, in a conflict with global consequences.

Congratulations!! This beautiful image has been selected to be featured for the week in the “Art for Ever with You” Group Home Page. You are welcome to add a preview of this featured image to the group’s discussion post titled “2018 June: Stunning Group Featured Images and Thank-you’s” for a permanent display within the group, to share this achievement with others. If the activity is allowed, your image will also be posted to our group Google+ page. Thank you for your participation in the group! ~Jan