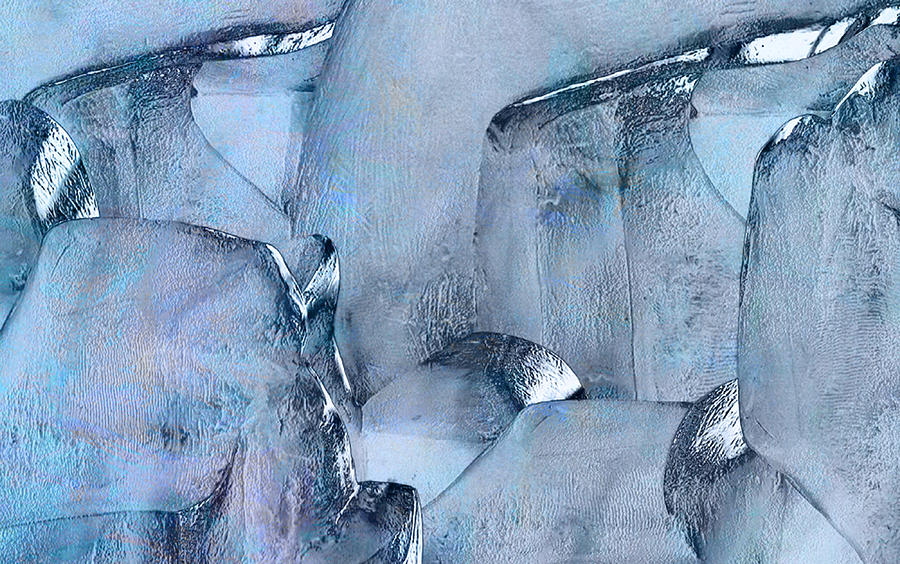 Blue Ice is a painting by Jack Zulli which was uploaded on February 8th, 2013.

Abstract expressionism was an American post World War II art movement. It was the first specifically American movement to achieve international influence and put New York City at the center of the western art world, a role formerly filled by Paris. Although the term "abstract expressionism" was first applied to American art in 1946 by the art critic Robert Coates, it had been first used in Germany in 1919 in the magazine Der Sturm, regarding German Expressionism. In the United States, Alfred Barr was the first to use this term in 1929 in relation to works by Wassily Kandinsky. David Smith, Cubi VI (1963), Israel Museum, Jerusalem. David Smith was one of the most influential American sculptors of the 20th century. Technically, an important predecessor is surrealism, with its emphasis on spontaneous, automatic or subconscious creation. Jackson Pollock's dripping paint onto a canvas laid on the floor is a technique that has its roots in the work of Andr Masson, Max Ernst and David Alfaro Siqueiros. Another important early manifestation of what came to be abstract expressionism is the work of American Northwest artist Mark Tobey, especially his "white writing" canvases, which, though generally not large in scale, anticipate the "all-over" look of Pollock's drip paintings.

Thanks to the buyer from Sterling Height, MI for the purchase of this work!;)

Jack,This is a painting that is beyond Fabulous. Marsha FV

Wow This is a lovely piece of art. L/F.

Love the variations of colour in this. So beautiful!

Thanks Carolyn...this is one of my personal favs;)

Something so mystical going on here.