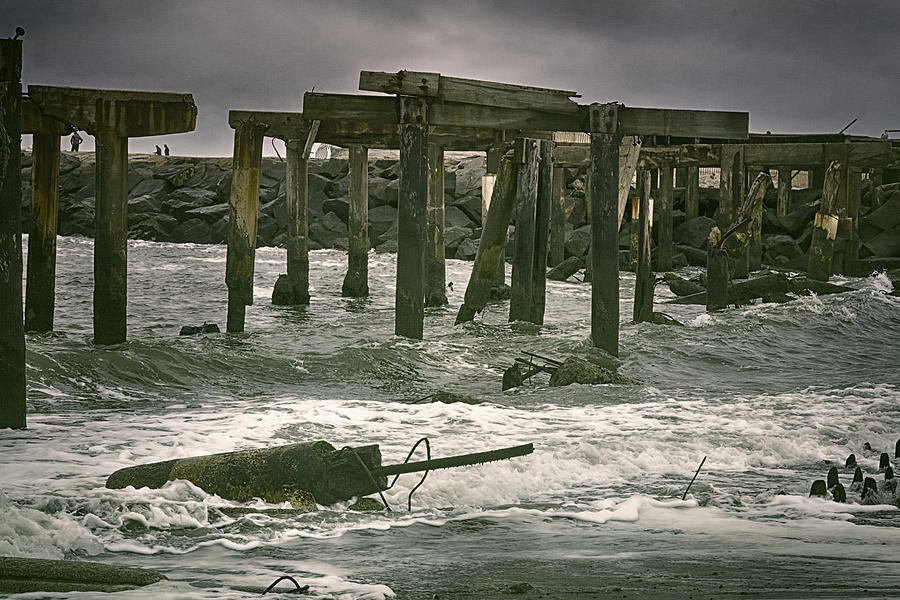 Boardwalk remnants is a photograph by Joan Carroll which was uploaded on October 30th, 2013.

A stormy day in Atlantic City brought chills as I could only try to imagine the approaching hurricane that pummeled the east coast of the US on... more

A stormy day in Atlantic City brought chills as I could only try to imagine the approaching hurricane that pummeled the east coast of the US on October 29, 2012. It took only a few hours to wreak havoc but it will take much longer to rebuild. That's the legacy from Hurricane Sandy. Here is part of the boardwalk of Atlantic City near Absecom Lighthouse. The old song said "On the boardwalk of Atlantic City, You can live in a dream....". October 29, 2012 was not a dream, it was a nightmare. And when October 30 rolled around the full extent of the damage began to be evident. Homes and businesses were washed away or severely damaged. Some building goes on now to repair damage, some homes and businesses are back up and running, but some will take much longer to return, if ever.

Congratulations, your outstanding artwork has been chosen as a Feature on the home page of the New Jersey group !!

thank you Robert for the feature in the FAA Featured Images group, 2/24/14

What a beautiful presentation and congrats for being selected on the feature pages!! v/f/t