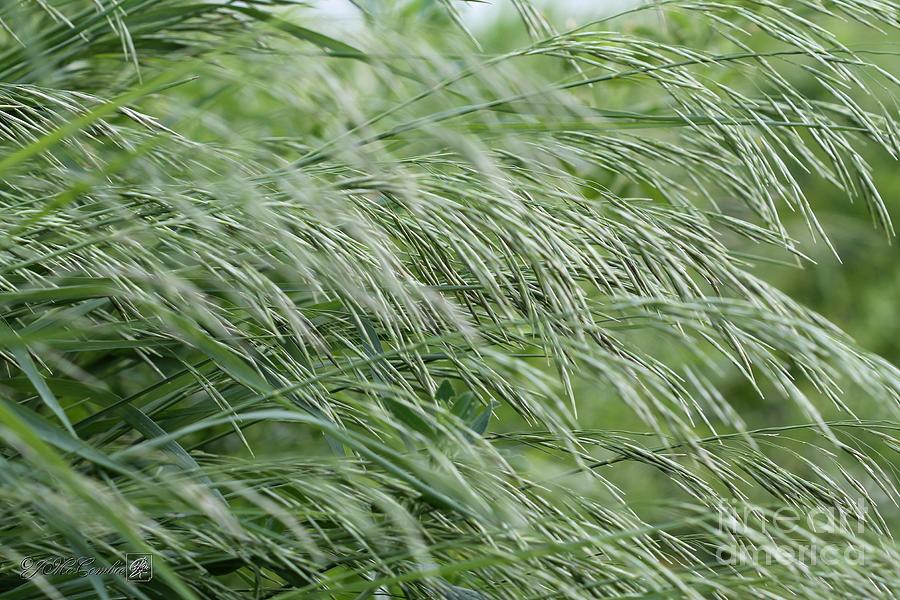 Brome Grass in the Hay Field is a photograph by J McCombie which was uploaded on December 27th, 2012.

Brome Grass in the Hay Field

This piece has been featured in the FAA Group Loving the Color GREEN. Bromus is a large genus of the grass family (Poaceae). Estimates in the... more

Brome Grass in the Hay Field

This piece has been featured in the FAA Group "Loving the Color GREEN". Bromus is a large genus of the grass family (Poaceae). Estimates in the scientific literature of the number of species have ranged from 100 to 400, but plant taxonomists currently recognize around 160-170 species. They are commonly known as bromes, brome grasses, cheat grasses or chess grasses.
Bromus is part of the cool-season grass lineage (subfamily Pooideae), which includes about 3300 species. Within Pooideae, Bromus is classified in tribe Bromeae (it is the only genus in the tribe). Bromus is closely related to the wheat-grass lineage (tribe Triticeae) that includes such economically important genera as Triticum (wheat), Hordeum (barley) and Secale (rye).
Bromus species occur in many habitats in temperate regions of the world, including America, Eurasia, Australia, and Africa. There are considerable morphological differences between some species, while the morphological differences between others (usually those species that are closely related) are subtle and difficult to distinguish. As such, the taxonomy of the genus is complicated.
Bromus is distinguished from other grass genera by a combination of several morphological characteristics, including leaf sheaths that are closed (connate) for most of their length, awns that are usually inserted subapically, and hairy appendages on the ovary. The leaf blades and sheaths, which comprise the leaves can be hairless, sparsely hairy or hairy. The inflorescence is a dense or open panicle, usually drooping or nodding, sometimes spreading (as in Japanese Brome, B. japonicus).
Hay is grass, legumes or other herbaceous plants that have been cut, dried, and stored for use as animal fodder, particularly for grazing livestock such as cattle, horses, goats, and sheep. Hay is also fed to pets such as rabbits and guinea pigs. Pigs may be fed hay, but they do not digest it as efficiently as more fully herbivorous animals.
Hay is fed when or where there is not enough pasture or rangeland on which to graze an animal, when grazing is unavailable due to weather (such as during the winter) or when lush pasture by itself is too rich for the health of the animal. It is also fed during times when an animal is unable to access pasture, such as when animals are kept in a stable or barn.
Commonly used plants for hay include mixtures of grasses such as ryegrass (Lolium species), timothy, brome, fescue, Bermuda grass, orchard grass, and other species, depending on region. Hay may also include legumes, such as alfalfa (lucerne) and clovers (red, white and subterranean). Other pasture forbs are also sometimes a part of the mix, though other than legumes, which ideally are cut pre-bloom, forbs are not necessarily desired. Certain forbs are toxic to some animals.
Oat, barley, and wheat plant materials are occasionally cut green and made into hay for animal fodder; however they are more usually used in the form of straw, a harvest byproduct where the stems and dead leaves are baled after the grain has been harvested and threshed. Straw is used mainly for animal bedding. Although straw is also used as fodder, particularly as a source of dietary fiber, it has lower nutritional value than hay.
It is the leaf and seed material in the hay that determines its quality. Farmers try to harvest hay at the point when the seed heads are not quite ripe and the leaf is at its maximum when the grass is mowed in the field. The cut material is allowed to dry so that the bulk of the moisture is removed but the leafy material is still robust enough to be picked up from the ground by machinery and processed into storage in bales, stacks or pits.
Hay production and harvest, colloquially known as "making hay", "haymaking", or "doing hay", involves a multiple step process: cutting, drying or "curing", processing, and storing. Hayfields do not have to be reseeded each year in the way that grain crops are, but regular fertilizing is usually desirable, and overseeding a field every few years helps increase yield.
During the growing season, which is spring and early summer in temperate climates, grass grows at a fast pace. It is at its greatest nutritive value when all leaves are fully developed and seed or flower heads are just a bit short of full maturity. When growth is at a maximum in the pasture, if judged correctly, the pasture is cut. Hay cut too early will not cure as easily due to high moisture content, plus it will produce a lower yield per acre than longer, more mature grass. But hay cut too late is coarser, lower in resale value and has lost some of its nutrients. There is usually about a two-week "window" of time in which hay is at its ideal stage for harvesting.

Funny how something so simple can be so pretty. Thanks so much, jrr :) ... And thank you for featuring this piece in the "Loving the Color GREEN" group. ...J.