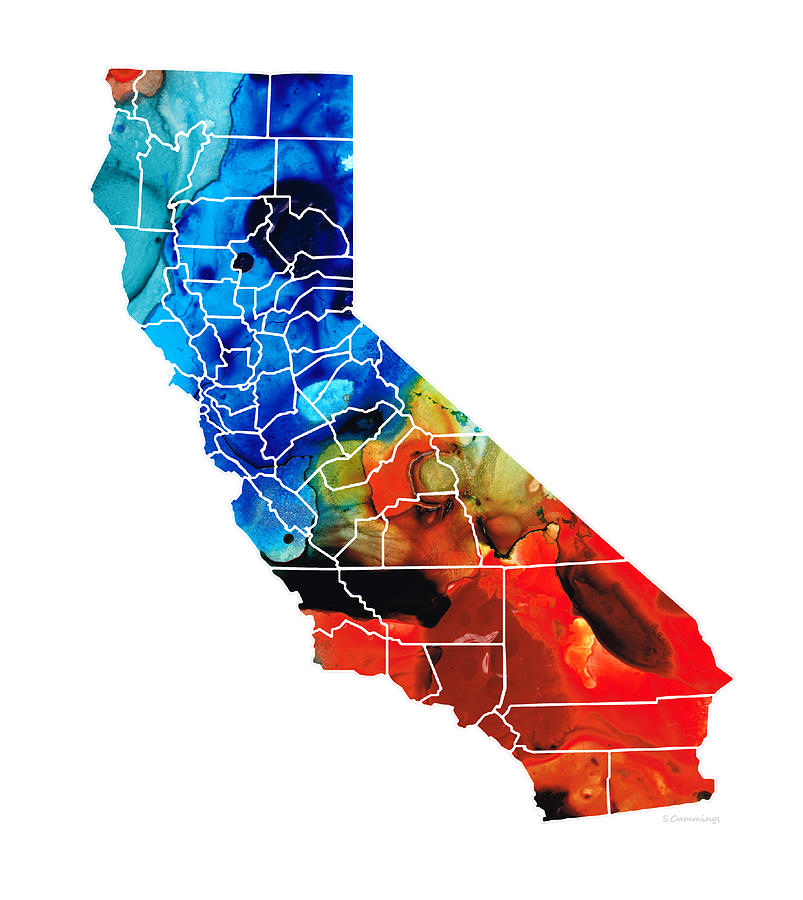 California state map. California (Listeni/ˌk�lɨˈfɔrnjə/) is a state located on the West Coast of the United States. It is the most populous... more

California state map. California (Listeni/ˌk�lɨˈfɔrnjə/) is a state located on the West Coast of the United States. It is the most populous U.S. state,[11] home to one out of eight Americans (38 million people), and is the third largest state by area (after Alaska and Texas). California is bordered by Oregon to the north, Nevada to the east, Arizona to the southeast, and the Mexican State of Baja California to the south. It is home to the nation's second and fifth most populous census statistical areas (Greater Los Angeles area and San Francisco Bay Area, respectively), and eight of the nation's 50 most populated cities (Los Angeles, San Diego, San Jose, San Francisco, Fresno, Sacramento, Long Beach, and Oakland).[12] Sacramento is the state's capital.
What is now California was first settled by various Native American tribes before being explored by a number of European expeditions throughout the 16th and 17th centuries. It was then claimed by the Spanish Empire as part of Alta California in the larger territory of New Spain. Alta California became a part of Mexico in 1821 following its successful war for independence, but would later be ceded to the United States in 1848 after the Mexican-American War. The western portion of Alta California was soon organized as the State of California, which was admitted as the 31st state on September 9, 1850. The California Gold Rush starting in 1848 led to dramatic social and demographic change, with large-scale immigration from the U.S. and abroad and an accompanying economic boom.
California's diverse geography ranges from the Pacific Coast in the west, to the Sierra Nevada in the east � from the Redwood�Douglas-fir forests of the northwest, to the Mojave Desert areas in the southeast. The center of the state is dominated by the Central Valley, a major agricultural area. California contains both the highest and lowest points in the contiguous United States (Mount Whitney and Death Valley), and has the 3rd longest coastline of all states (after Alaska and Florida). Earthquakes are a common occurrence because of the state's location along the Pacific Ring of Fire: about 37,000 are recorded annually, but most are too small to feel.[13]

I love the color progression from cool blues in the north to red hot as you head to the border ~ very clever and so well done!!

I continue to be amazed at your talent and creative flow! Love this collection!