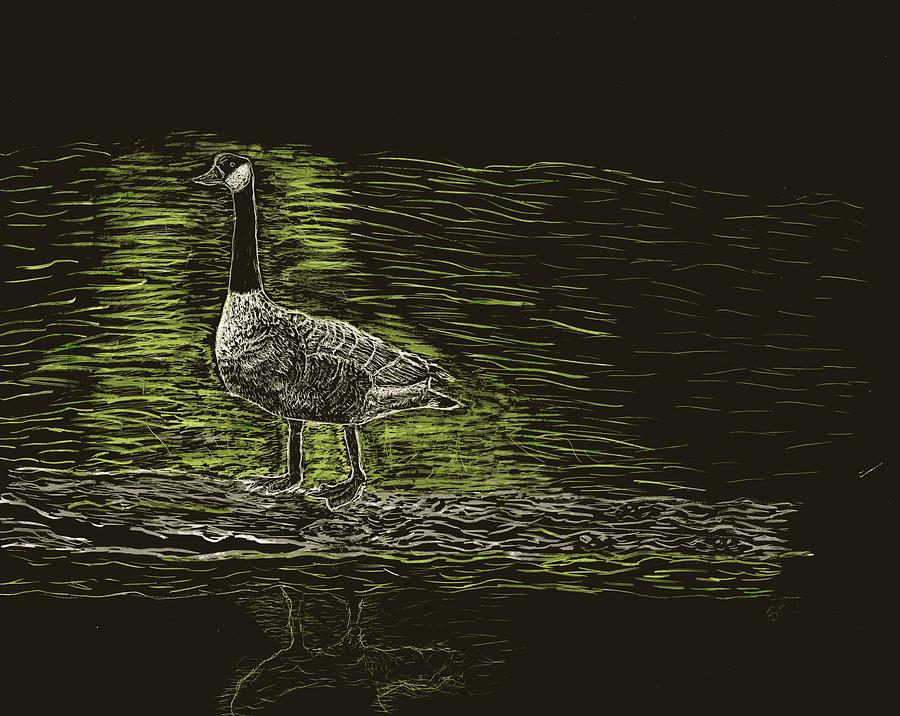 Canada Goose is a drawing by Branwen Drew which was uploaded on November 3rd, 2020.

The Canada goose (Branta canadensis) is a large wild goose species with a black head and neck, white cheeks, white under its chin, and a brown body.... more

The Canada goose (Branta canadensis) is a large wild goose species with a black head and neck, white cheeks, white under its chin, and a brown body. It is native to arctic and temperate regions of North America, and its migration occasionally reaches northern Europe. It has been introduced to the United Kingdom, Ireland, New Zealand, Argentina, Chile, and the Falkland Islands.[2] Like most geese, the Canada goose is primarily herbivorous and normally migratory; it tends to be found on or close to fresh water.

Extremely skilled at living in human-altered areas, Canada geese have established breeding colonies in urban and cultivated habitats, which provide food and few natural predators. The success of this common park species has led to its often being considered a pest species because of its excrement, its depredation of crops, its noise, its aggressive territorial behavior towards both humans and other animals, and its habit of begging for food (caused by human hand feeding).