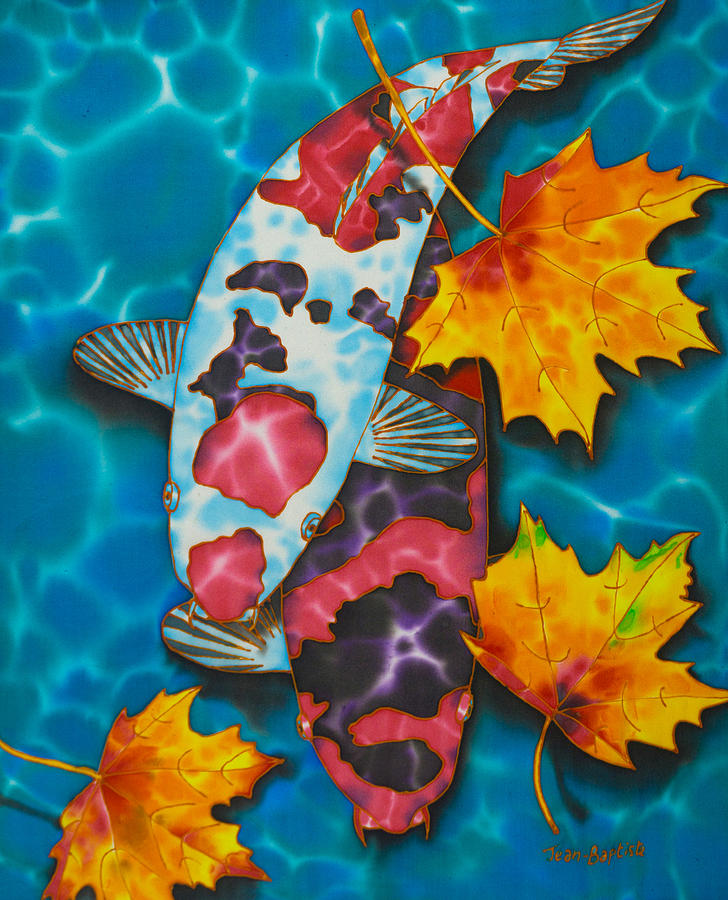 Canadian Koi is a painting by Daniel Jean-Baptiste which was uploaded on November 4th, 2012.

Koi is an informal group name of the colored variants of C. rubrofuscus. Several varieties are recognized by the Japanese. Koi varieties are... more


Beautiful Japanese koi in a pond with floating maple leaves