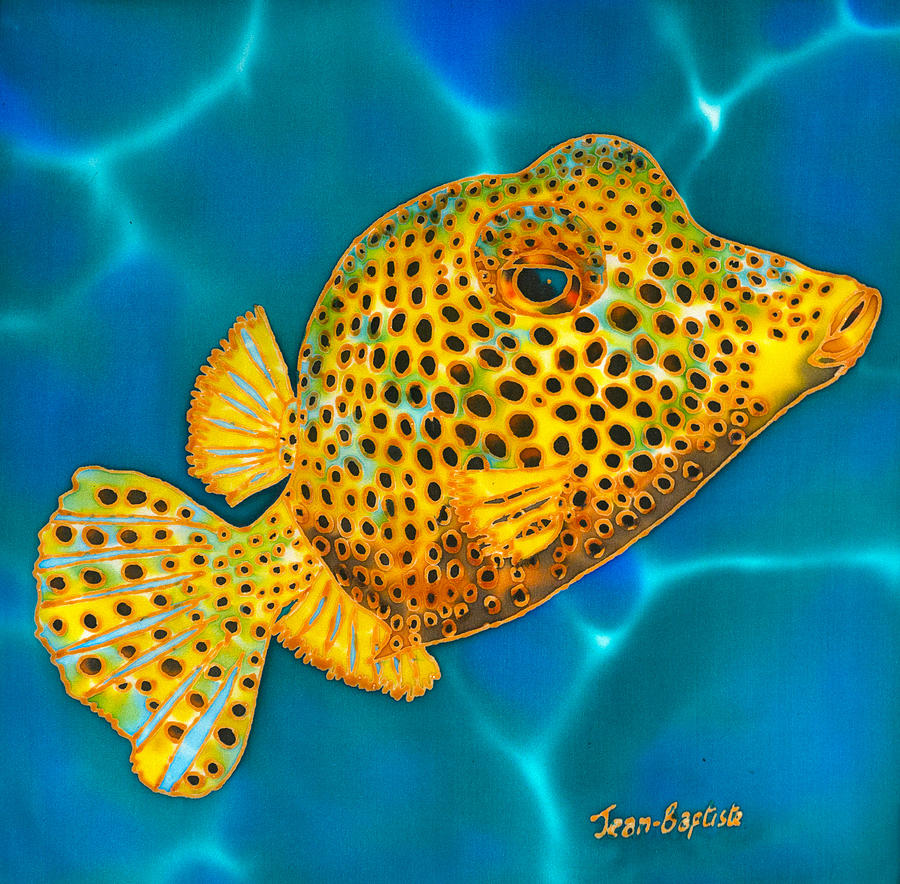 Caribbean Spotted Boxfish is a painting by Daniel Jean-Baptiste which was uploaded on September 24th, 2021.

The spotted trunkfish (Lactophrys bicaudalis) is a member of the family Ostraciidae. It can be found in reefs throughout the Caribbean, as well as... more

The spotted trunkfish (Lactophrys bicaudalis) is a member of the family Ostraciidae. It can be found in reefs throughout the Caribbean, as well as the south western Atlantic Ocean. The species gets its name from the black spots it has covered over its whitish or yellow-golden body. In many Caribbean countries, it is colloquially known as box-fish or cow-fish, and shell-fish in the Eastern Caribbean.

Members of this family are known as boxfishes because they have a hard outer covering consisting of hexagonal plate-like scales fused together into a solid, triangular or box-like carapace.

The spotted trunkfish is found in the Caribbean Sea, the southern half of the Gulf of Mexico, Ascension Island, and the northeastern coast of South America as far east as Brazil. It likes clear water and is usually associated with coral reefs with fissures, holes and overhangs, at depths down to about 30 m (100 ft).

A big thank you to the buyer from Falmouth.