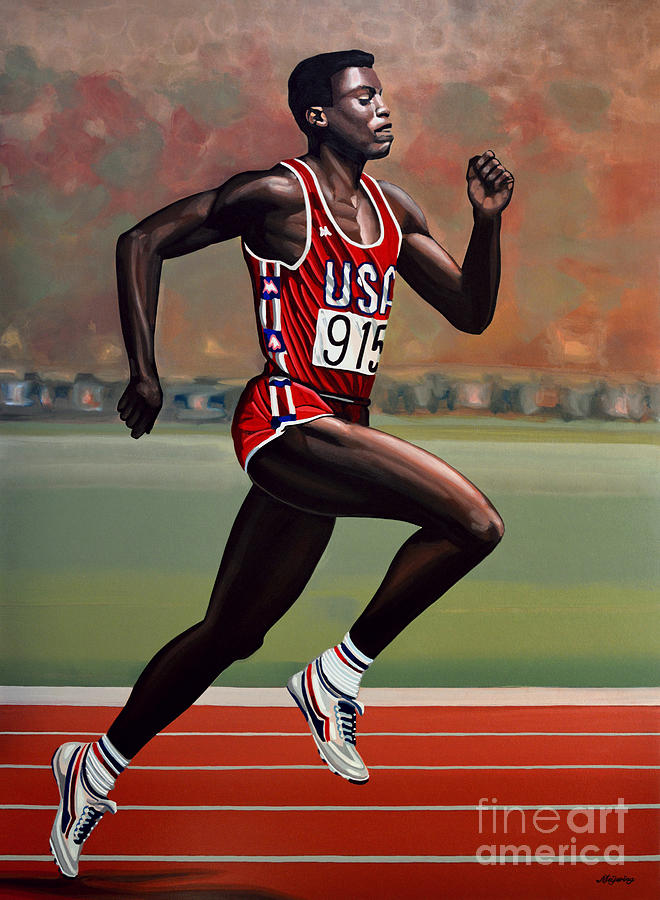 Carl Lewis is a painting by Paul Meijering which was uploaded on October 27th, 2015.

Realistic acrylic painting of the American track and field athlete Carl Lewis, painted by the Dutch fine artist Paul Meijering - the Original painting is 120 x 90 cm and for sale

Frederick Carlton "Carl" Lewis (born July 1, 1961) is an American former track and field athlete, who won 10 Olympic medals, including nine gold, and 10 World Championships medals, including eight gold. His career spanned from 1979 to 1996 when he last won an Olympic title and subsequently retired.

Lewis was a dominant sprinter and long jumper who topped the world rankings in the 100 m, 200 m and long jump events frequently from 1981 to the early 1990s. He set world records in the 100 m, 4 ￿100 m and 4 ￿200 m relays, while his world record in the indoor long jump has stood since 1984. His 65 consecutive victories in the long jump achieved over a span of 10 years is one of the sport's longest undefeated streaks. Over the course of his athletics career, Lewis broke ten seconds for the 100 meters 15 times and 20 seconds for the 200 meters 10 times.

Thank you so much, Robyn, for all your support, your compliment and the feature in your amazing group!!;-))