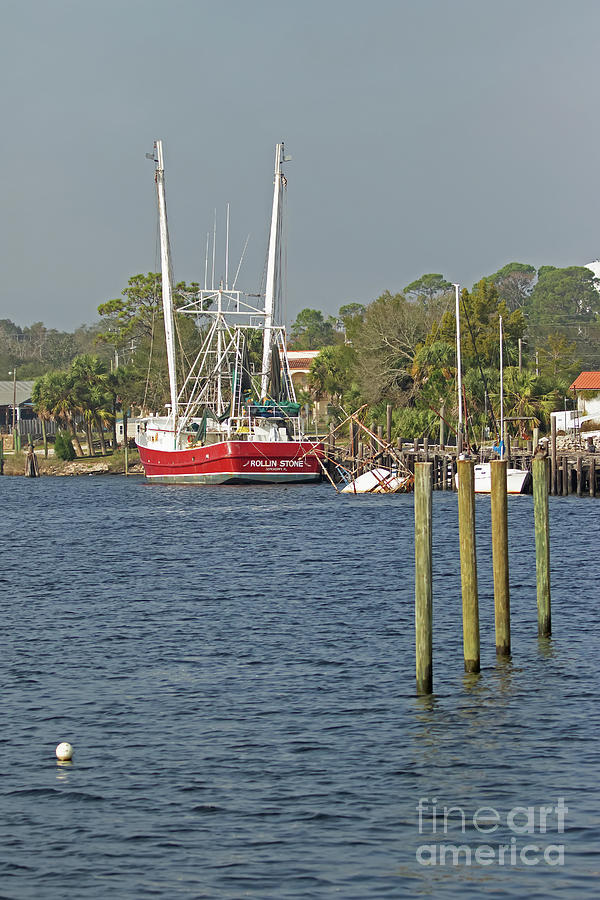 Carrabelle Trawler is a photograph by Banyan Ranch Studios which was uploaded on January 29th, 2020.

This trawler likely named after the song "Rollin Stone" by Muddy Waters (McKinley Morganfield)... it later named a magazine and a band you may know.

PBS American Masters, notes that Muddy Waters, an archetypal bluesman, was raised as a sharecropper in the Mississippi Delta where he learned to play an acoustic guitar. Muddy Waters went to Chicago in 1943, and the band he assembled established the electric blues sound. Over the next three and a half-decades, his band became a springboard for many of his sidemen, launching a prominent school of blues performers. When Aristocrat records became Chess Records in 1950, Muddy’s “Rollin’ Stone” was one of its first releases (it later named a magazine and a band!) “Rollin’ Stone” is a song about power, about rootless and ruthless independence.

Mr. Neace - so appreciated; thank you!

It is my pleasure to inform you that your awesome photo is FEATURED on the HOMEPAGE OF "SHOWCASING THE SOUTH GROUP"! L Please add the photo to the 2019-2020 “NEW FEATURES THREAD.”

Kathi - so appreciated; thank you!