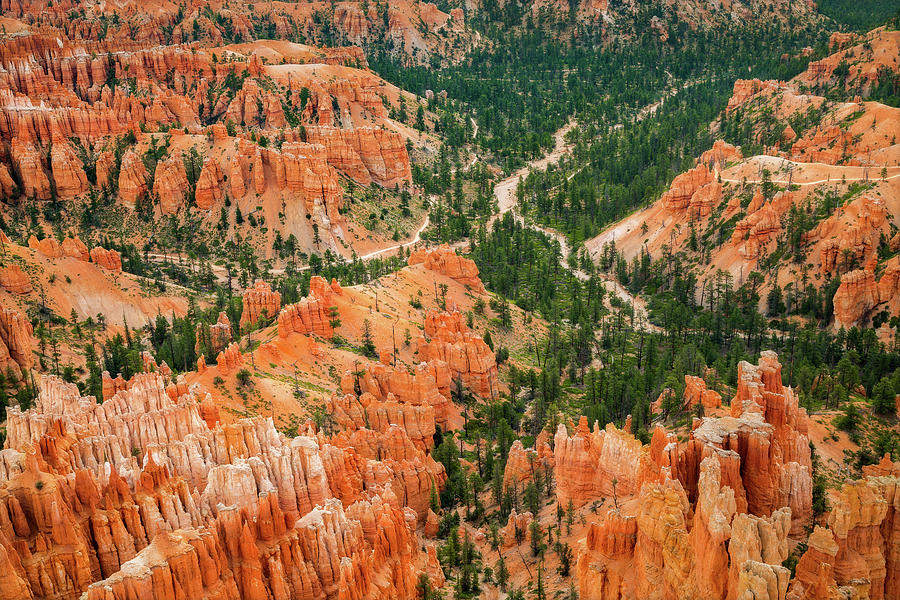 Carved Into Sections is a photograph by Ann Skelton which was uploaded on March 2nd, 2020.

Bryce Canyon National Park is located in southwestern Utah, United States. Bryce Canyon is a collection of large natural amphitheaters. Hoodoos formed by frost weathering and stream erosion of the river and lake bed sedimentary rocks gives Bryce Canyon its distinctive landscape. The rim at Bryce ranges from 8,000 to 9,000 feet. You can find a greylike concrete called dolomite on top of some of the hoodoos. The various colors of the rocks and the rock formations provides spectacular views of the area.

Many thanks Cindy! Yes it is! I am amazed every day!

Doug, thank you very much for featuring Carved Into Sections in the Canon Full Frame Cameras group on 3/15/20!

I love this part of the world so very very much.

Me too Wayne! Many thanks!

Such stunning beauty in this majestic view, Ann! Magnificent! F/L

This is breathtaking, I love the colors here

Thanks so much Georgia

Thanks so much Tara

Ann, this is simply stunning. f/l

Great point of view of this amazing place !

Thanks so much Jim

Thanks so much Alex