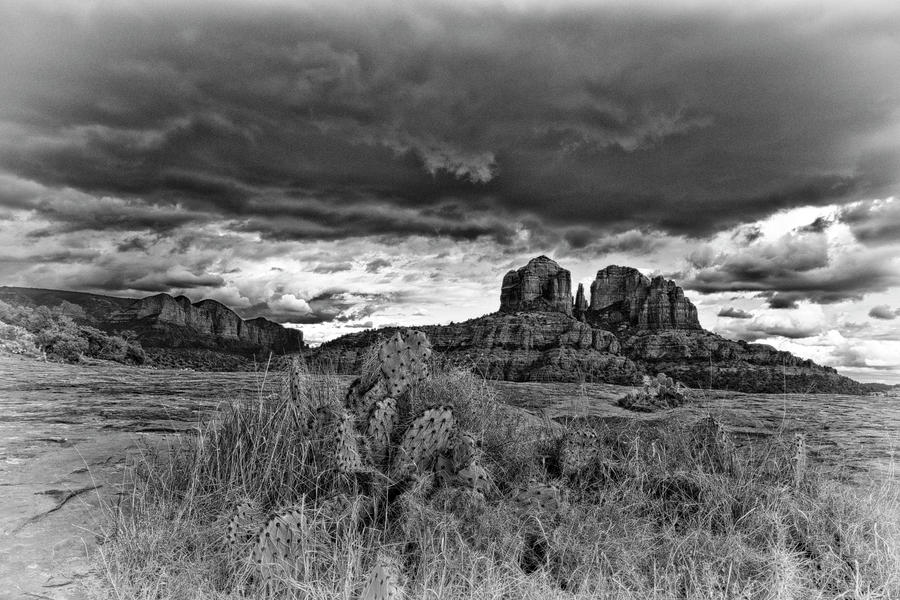 Cathedral Never Fails Me is a photograph by Tom Kelly which was uploaded on March 28th, 2020.

With many of us self isolating in the world, I have had a lot of time on my hands. I discovered this gem I took a few years back of Cathedral Rock. I... more

With many of us self isolating in the world, I have had a lot of time on my hands. I discovered this gem I took a few years back of Cathedral Rock. I was thinking, even with the darkness of this terrible virus going all over, there is some Light at the end of the Road. Cathedral is a wonderful place I have visited many times over the years, and it never fails to brighten my spirit! Cathedral Rock is a natural sandstone butte on the Sedona skyline and one of the most-photographed sights in Arizona, United States. The rock formation is located in the Coconino National Forest in Yavapai County, about a mile (1.6 km) west of Arizona Route 179, and about 2.5 miles (4.0 km) south of the "Y" intersection of Routes 179 and 89A in uptown Sedona. The summit elevation of Cathedral Rock is 4,967 feet (1,514 m).[1]

The Cathedral Rock trail (USFS Trail #170) is a popular short, steep ascent from the Back O' Beyond trailhead to the saddle points or "gaps" in Cathedral Rock.

Geologically, Cathedral Rock is carved from the Permian Schnebly Hill formation, a redbed sandstone formed from coastal sand dunes near the shoreline of the ancient Pedregosa Sea. Ripple marks are prominent along the lower Cathedral Rock trail, and a black basalt dike may be seen in the first saddle.

Thanks so much Ben!!

Thanks so much Veikko!!

An incredible black and white image Tom! So dramatic! l/f

Thanks Reynold! Hope all is well!

And your photography never fails us!!! Wonderful in every aspect, with lots of drama in monochrome.

Thanks so much Hany J!!!