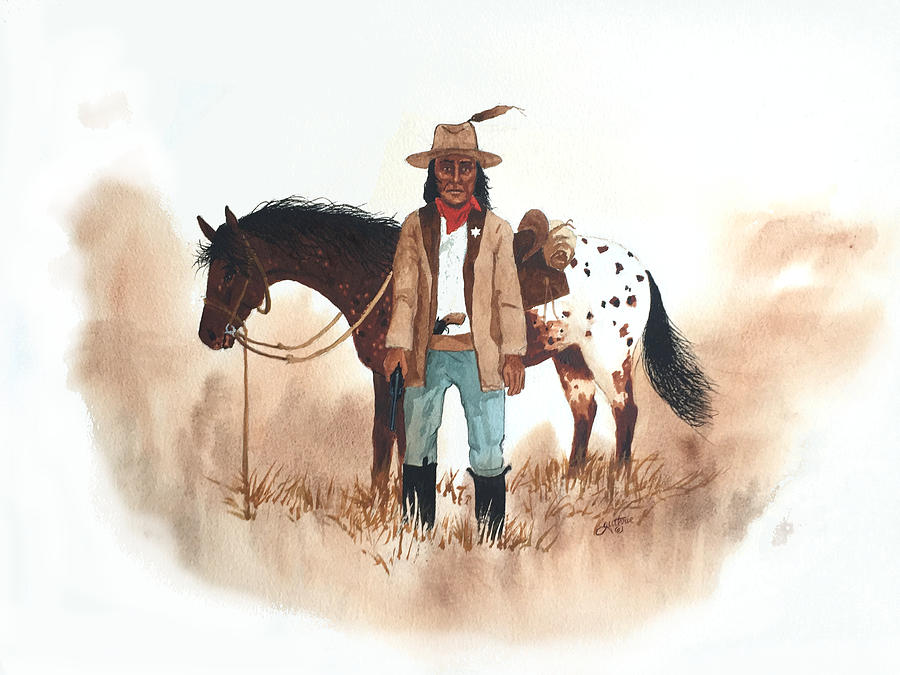 Cherokee Lighthorse is a painting by John Guthrie which was uploaded on October 8th, 2016.

The Cherokee Advocate, published at Tahlequah, reported on November 13, 1844, that the Cherokee National Council had passed a bill authorizing a... more

The Cherokee Advocate, published at Tahlequah, reported on November 13, 1844, that the Cherokee National Council had passed a bill authorizing a Lighthorse Company. It was to be composed of a captain, lieutenant and twenty-four horsemen. Their assigned duty was to pursue and arrest all fugitives from justice. The other Five Tribes imitated the Cherokee Lighthorse for their nations. These lawmen performed as tribal police; criminals apprehended by them were turned over to the Indian courts for trial and punishment.
The Cherokee got the name "lighthorse" from Revolutionary War hero, General Henry Lee who was called "Lighthorse Harry" due to the rapidity of his cavalry movements during the conflict. Henry was Robert E. Lee's father.
An example of early Cherokee justice was the punishment for rape. For the first offense, the rapist was punished with fifty lashes upon the bare back and his left ear cropped off close to the head: for the second offense, one hundred lashes and the other ear cut off, for the third offense, death. Due to some circumstances the early lighthorse had to serve as policemen, judges, and jurors. Their job was eased in 1874 by the construction of a national prison at Tahlequah presided over by a high sheriff. The Cherokee Nation had a gallows for execution at Tahlequah. None of the other Indian nations had a national prison and used firing squads for execution.