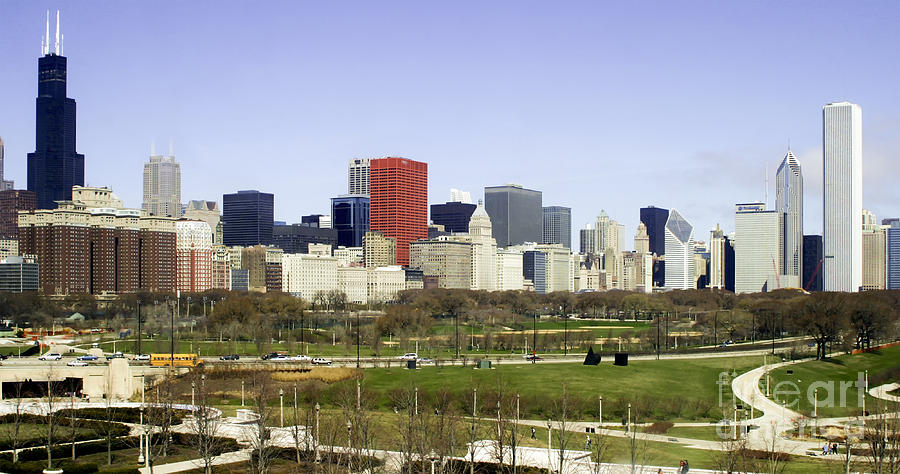 Chicago- The Windy City is a photograph by Ricky L Jones which was uploaded on October 22nd, 2015.

Chicago was incorporated as a city in 1837, near a portage between the Great Lakes and the Mississippi River watershed, and experienced rapid growth in the mid-nineteenth century. Today, the city is an international hub for finance, commerce, industry, technology, telecommunications, and transportation, with O'Hare International Airport being the busiest airport in the world; it also has the largest number of U.S. highways and railroad freight.[8] In 2012, Chicago was listed as an alpha global city by the Globalization and World Cities Research Network,[9] and ranks seventh in the world in the 2014 Global Cities Index. As of 2014, Chicago had the third largest gross metropolitan product in the United States at US$610.5 billion.
-wiki