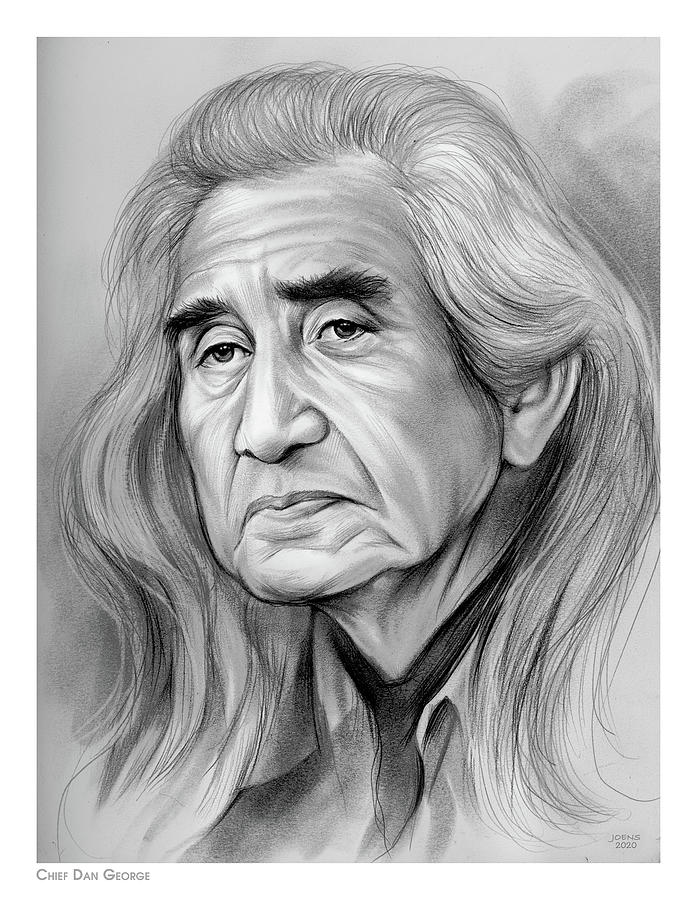 Chief Dan George - Pencil is a drawing by Greg Joens which was uploaded on November 7th, 2020.

Chief Dan George, OC (July 24, 1899 – September 23, 1981) was a chief of the Tsleil-Waututh Nation, a Coast Salish band whose Indian reserve is located on Burrard Inlet in the southeast area of the District of North Vancouver, British Columbia, Canada. He was also an actor, musician, poet and author; his best-known written work was "My Heart Soars".[1] As an actor, he is best remembered for portraying Old Lodge Skins opposite Dustin Hoffman in Little Big Man (1970), for which he was nominated for the Academy Award for Best Supporting Actor; also for his role in The Outlaw Josey Wales (1976), as Lone Watie, opposite Clint Eastwood. Source: Wikipedia