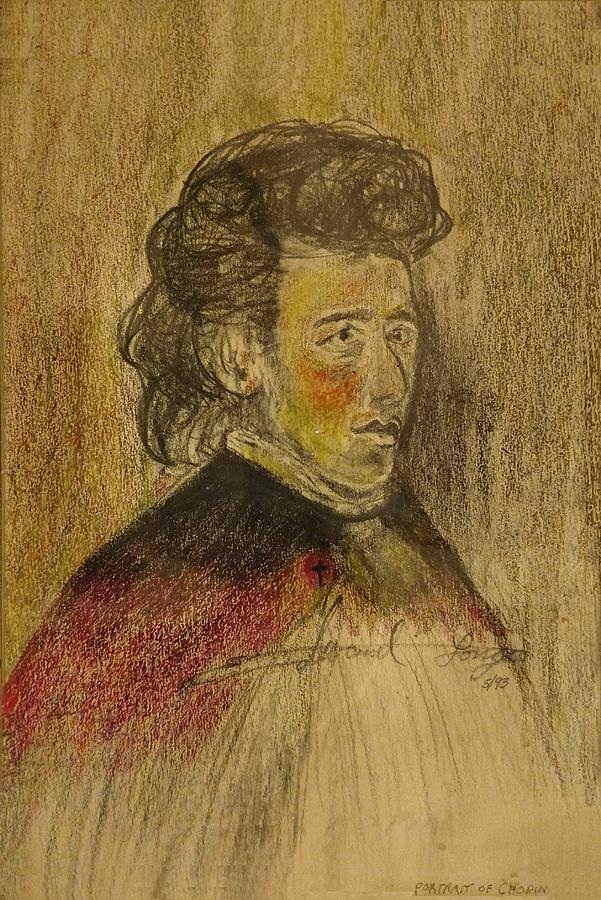 Chopin is a drawing by Edward Longo which was uploaded on December 18th, 2017.

CHOPIN: Born on March 1, 1810, in Zelazowa Wola, Poland, Frédéric Chopin, grew up in a middle-class family. He published his first composition at... more

Drawing - Pencil And Crayon On Paper

CHOPIN: Born on March 1, 1810, in Zelazowa Wola, Poland, Frédéric Chopin, grew up in a middle-class family. He published his first composition at age 7 and began performing one year later. In 1832, he moved to Paris, socialized with high society and was known as an excellent piano teacher. His piano compositions were highly influential. Chopin was a Polish composer and virtuoso pianist of the Romantic era who wrote primarily for the solo piano. He gained and has maintained renown worldwide as a leading musician of his era, whose "poetic genius was based on a professional technique that was without equal in his generation. Chopin died on October 17, 1849, in Paris, France.