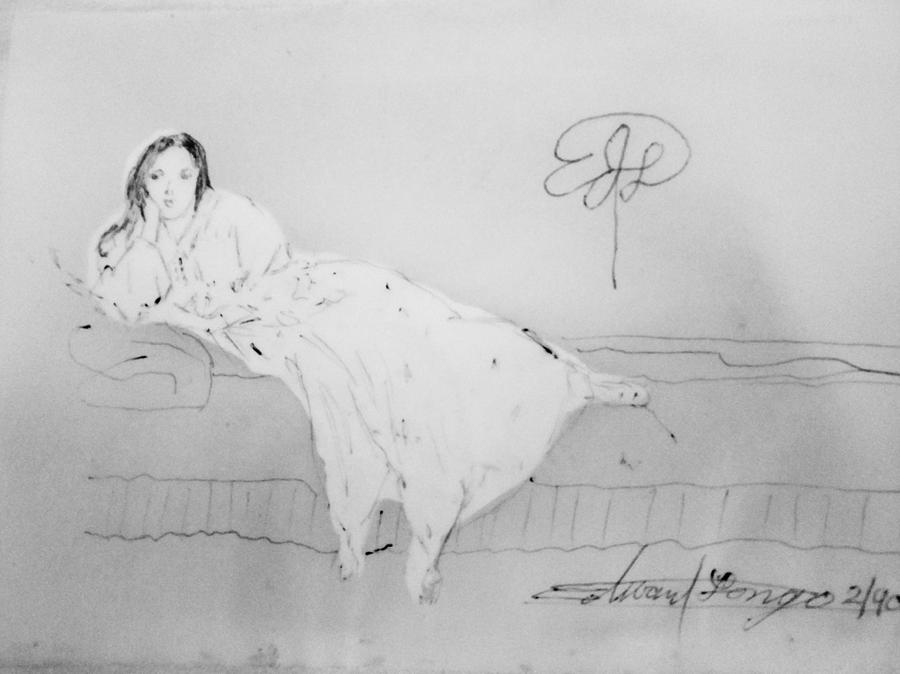 Chopin's Woman is a drawing by Edward Longo which was uploaded on December 24th, 2017.

Chopin's Woman: Jane Wilhelmina Stirling was a Scottish amateur pianist who is best known as a student and later friend of Frédéric Chopin; two of... more

Chopin's Woman: Jane Wilhelmina Stirling was a Scottish amateur pianist who is best known as a student and later friend of Frédéric Chopin; two of his nocturnes are dedicated to her. She took him on a tour of England and Scotland in 1848. While there is no evidence they were lovers, she was often referred to, after Chopin's death, as "Chopin's widow."

An engagement, betrothal. During this period, the couple is said to be betrothed, engaged to be married, or simply engaged. The duration of the courtship varies vastly, upon the agreement of the parties involved.

The brothers of Mary having been boarders at the Chopin in Warsaw.
The reunion with Chopin took place in 1835, in Dresden, after the meeting of Chopin and his father at Carlsbad; during the following months, while being separated, they envisage a marriage. They meet again at Marienbad, then at Dresden; at the departure of Frederic, a kind of agreement is concluded between him and Teresa Wodzinska. At the beginning of the year 1837, a new meeting is envisaged, but this does not materialize. An informal break took place by mail exchange, confirmed in the following September. The reason is not explained by any document. In particular, the uncle of Maria Maciej Wodzinskis, was clearly opposed to this marriage.

Maria Wodzińska was a Polish artist who was once engaged to composer Frédéric Chopin. was a daughter of Count Wincenty Wodziński and Countess Teresa Wodzińska.
Lead pencil on paper, then image cut out and applied to prepared clear vinyl.