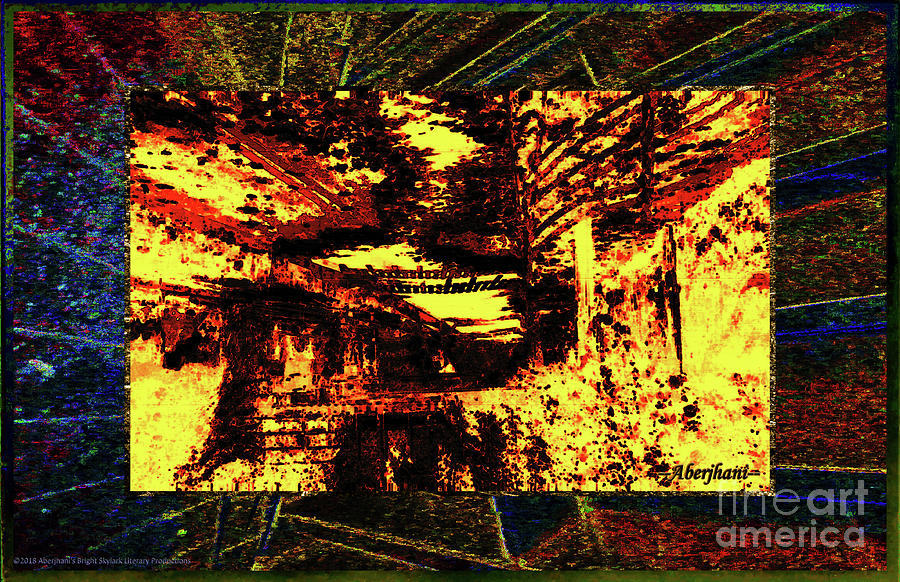 Climate Change Is Not Fake News - 1st Edition is a mixed media by Aberjhani which was uploaded on August 21st, 2018.

While working on this first print of Climate Change Is Not Fake News, my mind was still on the droughts people are suffering from in different... more

While working on this first print of "Climate Change Is Not Fake News," my mind was still on the droughts people are suffering from in different countries and the incredible number of fires raging through California. My original intent was to create an overwhelmingly post-apocalyptic urbanscape to drive home the point that all debates to the side, millions, if not billions, of people are in fact suffering from dangerous environmental. It's not just a news story. It's a deadly reality that has ended some lives and continues to threaten others.
But it's not our only reality. Humanity has had to face many atrocities throughout history. Debates get underway every day about the severity of climate change, or global warming, in the modern era. In other words, is it real or is it just fake news broadcast to stir up drama and boost media ratings?

Some claim we are experiencing a period of increased planetary warming as part of a natural pattern of changes in the Earth's atmosphere. Others say we are experiencing the direct impact of human disregard for the environment. This, they say, has brought us close to a "tipping point" likely to have increasingly catastrophic results. The divisions are so clear-cut that one U.S. presidential administration (Barack Obama's) readily signed up for the historic 2015 Paris Agreement on global warming. But the next administration (Donald Trump's) just as quickly nullified U.S. participation in the program set to begin in 2020.
No matter which side of the debate you stand on, video footage of huge shelves of ice breaking off from the Antarctic, raging fires devouring communities in California, heat waves causing Europeans to faint in the streets, and horrific rainstorms in India and elsewhere are unsettling. Therefore, they are forcing more and more dialogues on the subject.

Personally, I would prefer to err on the side of caution rather than apathy or negligence. The Earth most likely can survive and continue evolving beyond human-induced anomalies. The real important question might be can we survive such negligence ourselves?

The blend of colors, patterns and abstract in this beautiful painting are amazing ! l/f

Much gratitude to the Social Justice Awareness and Unity Group for featuring this image. Also to Dan Rather for talking about the issue on Twitter and letting me participate in the conversation.