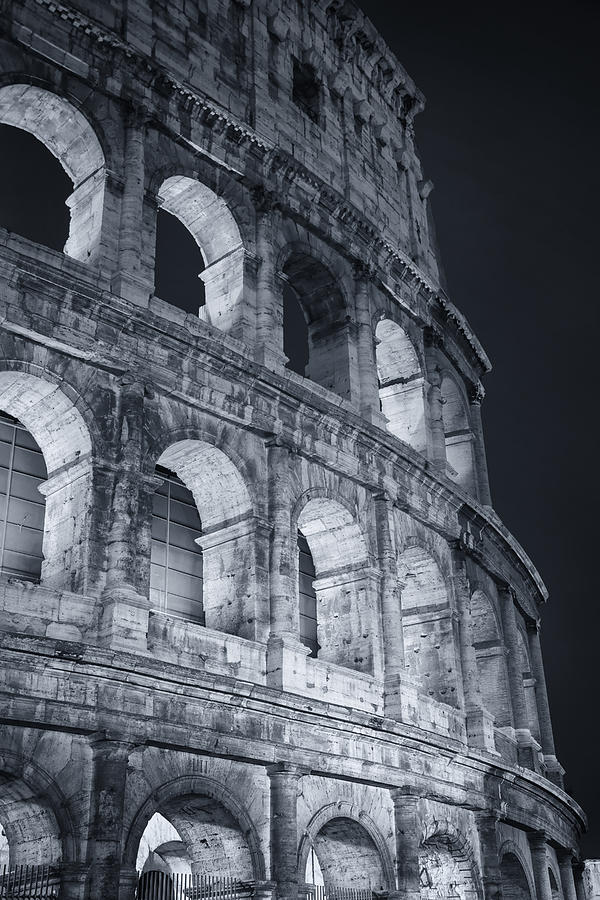 Colosseum Before Dawn is a photograph by Joan Carroll which was uploaded on October 29th, 2012.

There is a reason why there are so many pictures taken of the Colosseum: it is spectacularly breathtaking! Round the corner for your first view and... more

There is a reason why there are so many pictures taken of the Colosseum: it is spectacularly breathtaking! Round the corner for your first view and you are just awestruck! The Coliseum was originally called the Flavian Amphitheatre. It is an elliptical amphitheatre in the center of Rome, and is the largest ever built in the Roman empire. It is constructed of concrete and stone and is considered one of the greatest works of Roman architecture and engineering. Its construction was started in 72 AD and completed in 80 AD. Capable of seating 50,000 spectators, it was used for gladiatorial contests and other public spectacles. Much of the Coliseum was ruined by earthquakes and stone-robbers but remains an iconic symbol of the city. It's hard to imagine our present buildings lasting until the year 4012! It was declared UNESCO World Heritage site in 1980.

TIED FIRST PLACE finish, The ONE painting or any other kind of artwork that represents your ART the best contest, 11/6/12

FEATURED PHOTO, Places You Visited and Would Recommend to Others group, 11/1/12

Beautiful gift idea for the history or art major!

Your work is always outstanding, Joan. Congratulations on the sale. I was here last year and it was profound. I can easily 'feel' it again gazing at your capture. Thanks.

Joan, congratulations on your recent sale.

Congratulations on your latest sale Joan! :)