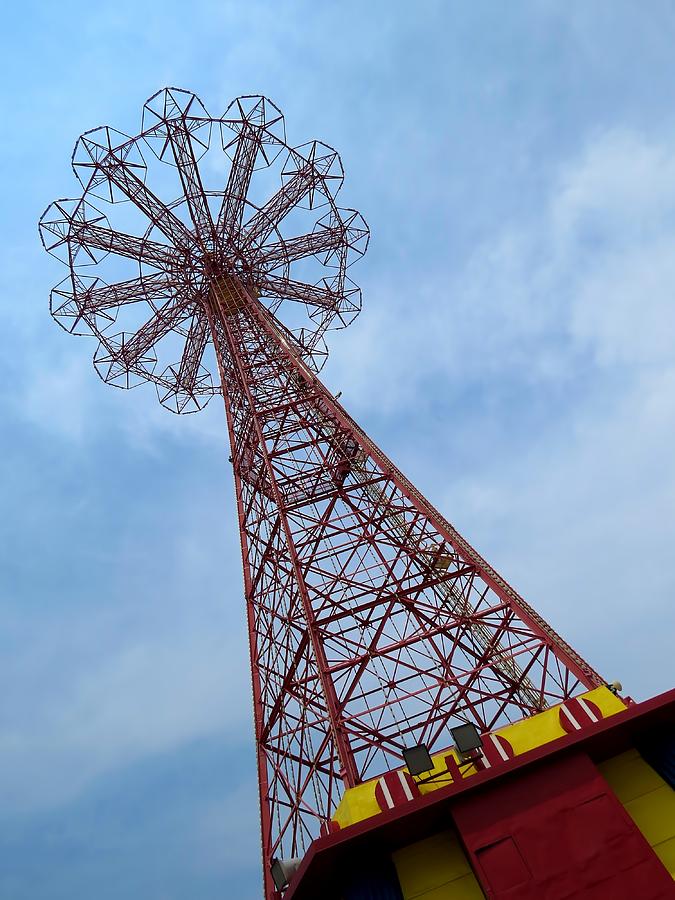 Coney Island Parachute Jump 03 is a photograph by Jonathan Sabin which was uploaded on June 19th, 2015.

(From Wikipedia) The Parachute Jump is a defunct amusement ride in Coney Island, Brooklyn, New York, whose iconic open-frame steel structure remains a Brooklyn landmark. 250 feet tall and weighing 170 tons, it has been called the "Eiffel Tower of Brooklyn".

It was originally built for the 1939 New York World's Fair in Flushing Meadows–Corona Park, Queens, and moved to its current site, then part of the Steeplechase Park amusement park, in 1941. It is the only portion of Steeplechase Park still standing today. The ride ceased operations in 1964, when the park shut down for good.

The ride was based on functional parachutes which were held open by metal rings throughout the ascent and descent. Twelve cantilevered steel arms sprout from the top of the tower, each of which supported a parachute attached to a lift rope and a set of surrounding guide cables. Riders were belted into a two-person canvas seat hanging below the closed chute, then hoisted to the top, where a release mechanism would drop them, the descent slowed only by the parachute. Shock absorbers at the bottom, consisting of pole-mounted springs, cushioned the landing. Each parachute required three cable operators, keeping labor expenses high.