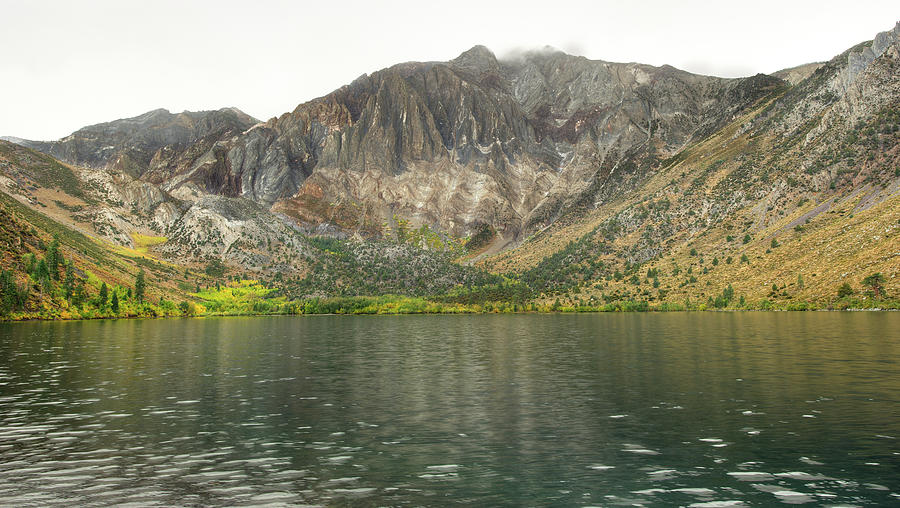 Convict Lake and Laurel Mountain is a photograph by Dennis Bolton which was uploaded on November 1st, 2018.

Convict Lake is a lake in the Sherwin Range of the Sierra Nevada in California, United States. It is known for its fishing and the dramatic mountains... more

Convict Lake is a lake in the Sherwin Range of the Sierra Nevada in California, United States. It is known for its fishing and the dramatic mountains that surround it. Its surface lies at an elevation of 7,850 ft. The mountain in the center of this picture is Laurel Mountain which is a peak in Mono County, California. It lies in the Sherwin Range of the Sierra Nevada and is in the Inyo National Forest and the John Muir Wilderness. It reaches a height of 11,818 feet and is largely composed of metamorphic rock caused by contact with an intruding pluton in the late Cretaceous.

Convict Lake has frequently been noted on lists of unusual place names. The lake, known to the Paiute as Wit-sa-nap, was renamed by settlers after an incident on September 23, 1871, wherein a group of convicts escaped from prison in Carson City, Nevada. A posse from Benton, California, led by Deputy Sheriff George Hightower, encountered the convicts near the head of what is now Convict Creek. Posse member Robert Morrison, a Benton merchant and Wells Fargo agent, was killed in the encounter, and Mount Morrison was named after him.

Congratulations and Happy New Year!! This beautiful image has been selected to be featured for the week in the “Forests and Woodlands” Group Home Page. You are welcome to add a preview of this featured image to the group’s discussion post titled “2019 January: Featured Images and Thank-you’s” for a permanent display within the group, to share this achievement with others. If enabled, your group image will be posted to our group Google+ page for further exposure. Thank you for your participation in the “Forests and Woodlands” group! (January 6, 2019)