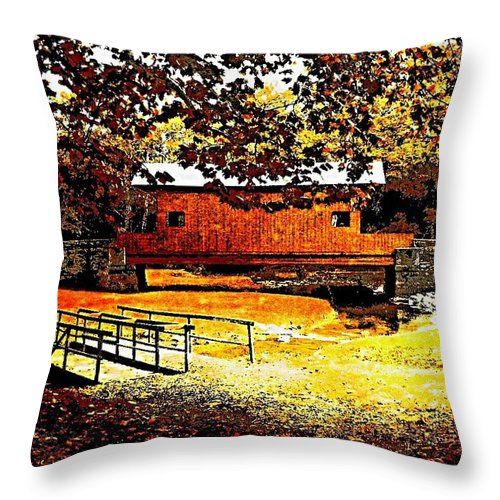 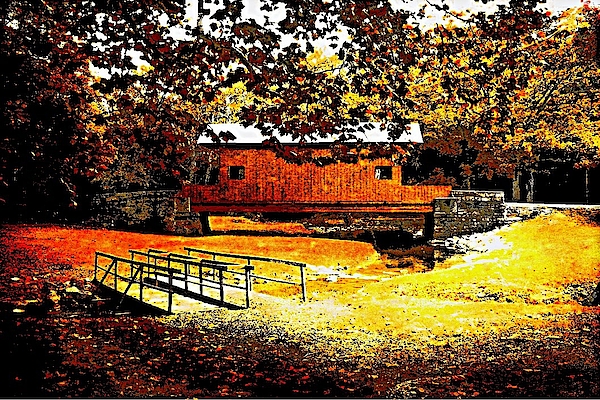 Hello folks! I present you fine piece of art wok called "the American Natives in the Military II" . This is a dedication to our American Native who sign up with a blank check to volunteer for the Military Service to protect this Red, Blue, and White Country call United States of America. A great product to show case in your home or kids room.

I ordered this product as a birthday gift. The recipient was thrilled.

A covered bridge is a timber-truss bridge with a roof, decking, and siding which, in most covered bridges, create an almost complete enclosure. The purpose of the covering is to protect the wooden structural members from the weather. Uncovered wooden bridges typically have a lifespan of only 20 years because of the effects of rain and sun, but a covered bridge could last 100 years. About 1,500 covered bridges were built from 1820 and 1900, and most were built from 1825 and 1875. The longest ever built was over the Susquehanna River at 5,960 feet, built in 1814. In total more than 12,000 covered bridges have been built in the United States, about 3,500 of which in Ohio. This is the Ebenezer Bridge in Washington County, PA.

Native Pittsburgher with no formal training in photography - I just enjoy taking pictures and seeing what I can do with them. Today's cameras permit and, in fact, encourage experimentation and imagination, for a minimal investment. It's a great form of entertainment and for some of us in the senior genre it's an excellent way to get rid of that cabin fever feeling.