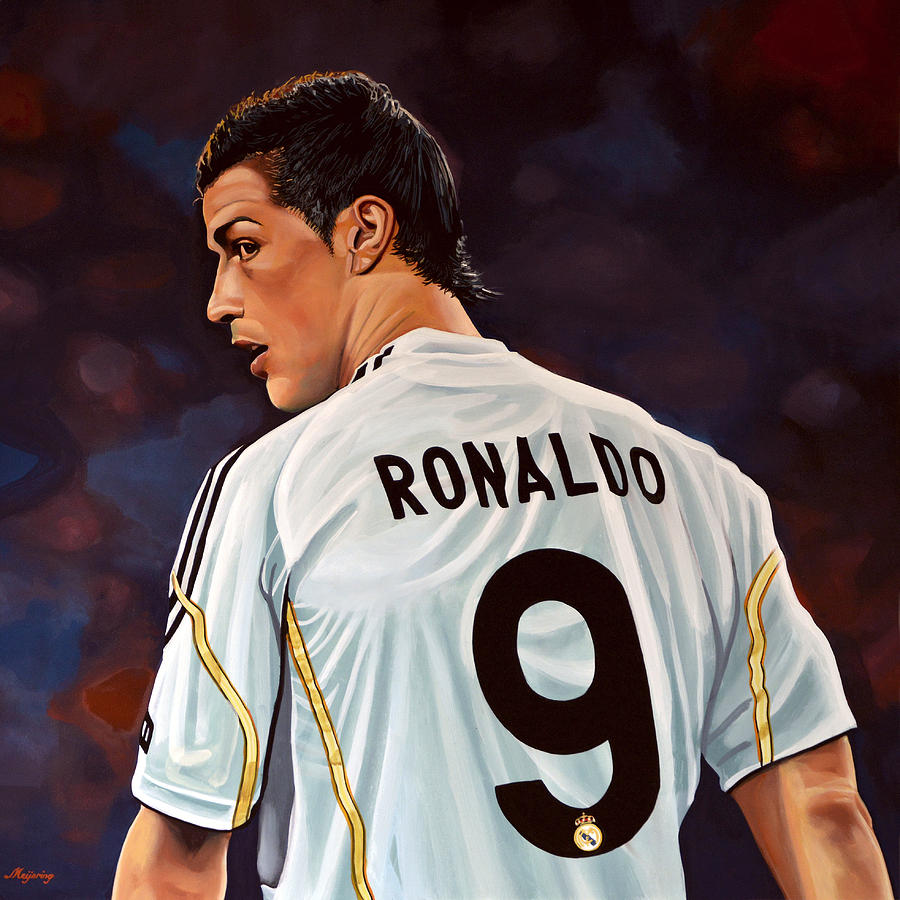 Cristiano Ronaldo is a painting by Paul Meijering which was uploaded on June 11th, 2013.

Cristiano Ronaldo dos Santos Aveiro GOIH (born 5 February 1985), known as Cristiano Ronaldo is a Portuguese professional footballer who plays for Spanish club Real Madrid and the Portugal national team. He is a forward and serves as captain for Portugal.

Often ranked as the best player in the world and rated by some in the sport as the greatest of all time, Ronaldo is the first Portuguese footballer to win three FIFA/Ballons d'Or, and the first player to win four European Golden Shoe awards. In January 2015, Ronaldo was named as the best Portuguese player of all time by the Portuguese Football Federation, during its 100th anniversary celebrations. With Manchester United and Real Madrid, he has won three Premier Leagues, one La Liga, one FA Cup, two Football League Cups, two Copas del Rey, one FA Community Shield, one Supercopas de Espana, two UEFA Champions League, one UEFA Super Cup and two FIFA Club World Cups.

Congratulations on your feature in the group Five Star Artist!

Thank you so much, Rebecca, for all your support!