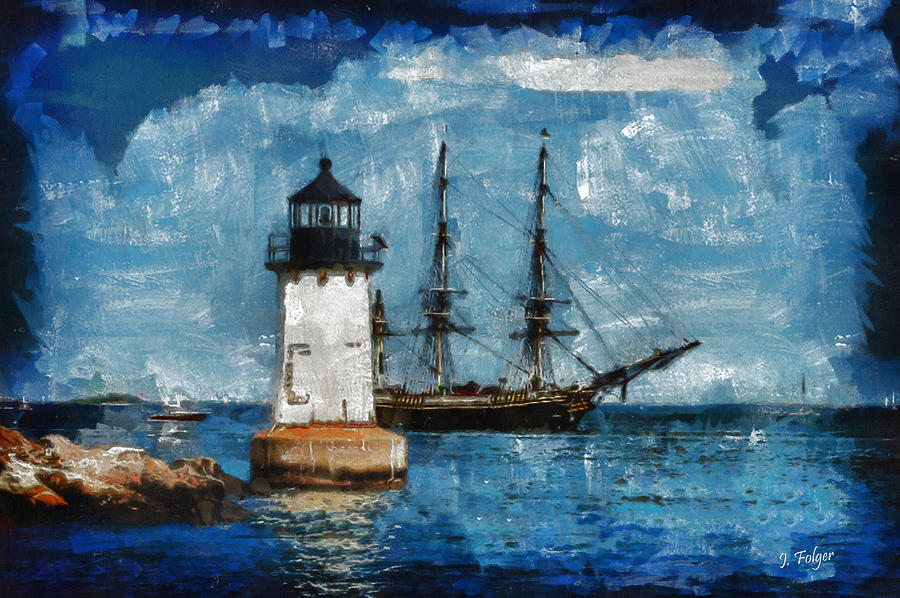 Crossing Into The Harbor is a photograph by Jeff Folger which was uploaded on April 3rd, 2014.

Crossing Into The Harbor

Featured in the following groups:... more

Crossing Into The Harbor

featured in the following groups:
tall ships and windjammers
I love seascapes 1 per day
the gold standard
ALL SEASONS Landscapes

The Friendship of Salem MA is a reconstruction of a model built during a two year voyage from Salem MA to Canton China and back again. The original ship was built in 1797 by Enos Briggs in a ship yard on the south river. After the Friendship launched in 1797, she made just 15 voyages between 1797 to 1812 when she was captured by the HMS Rosamond off the coast of England. The model that the current Friendship was modeled after was bulit by the second mate Thomas Russell and the ships carpenter. The model was so detailed that master ship builders could reconstruct the ship as seen here. the model sits in the Peabody Essex museum and is nearly 6 feet in length and if you add the bowsprit into the length, is nearly 9 feet in length. (these measurements are my guess only but If you stop in I think you'll agree, it's a huge model boat for a four year old boy to receive. The model was made for the ships captain on the Trip China. The model was given to the boy in 1804 and the family donated it to the East India Marine Society which became the PEM or Peabody Essex Museum.

There is a very nice review from the buyer of this piece on the buyers review page right now in case you want to check it out: https://fineartamerica.com/buyercomments.html Lovely work! God bless!

thanks, Rose, the buyer is from England and has contributed to over 100 sales of my artwork. You might say she is a fan.

Thank you Bob and Nancy

Love this painterly scene Jeff! We added our Like! Celebrate life, Debra and Dave

Tank You Dave and Debra

thank you very much for your comments

Jeff, Congratulations on your Featured Image on The Gold Standard ! L/V

Congratulations Jeff! Your fabulous image has been Featured in our group The Gold Standard, because of its excellence! Also added my fav/tweet/vote