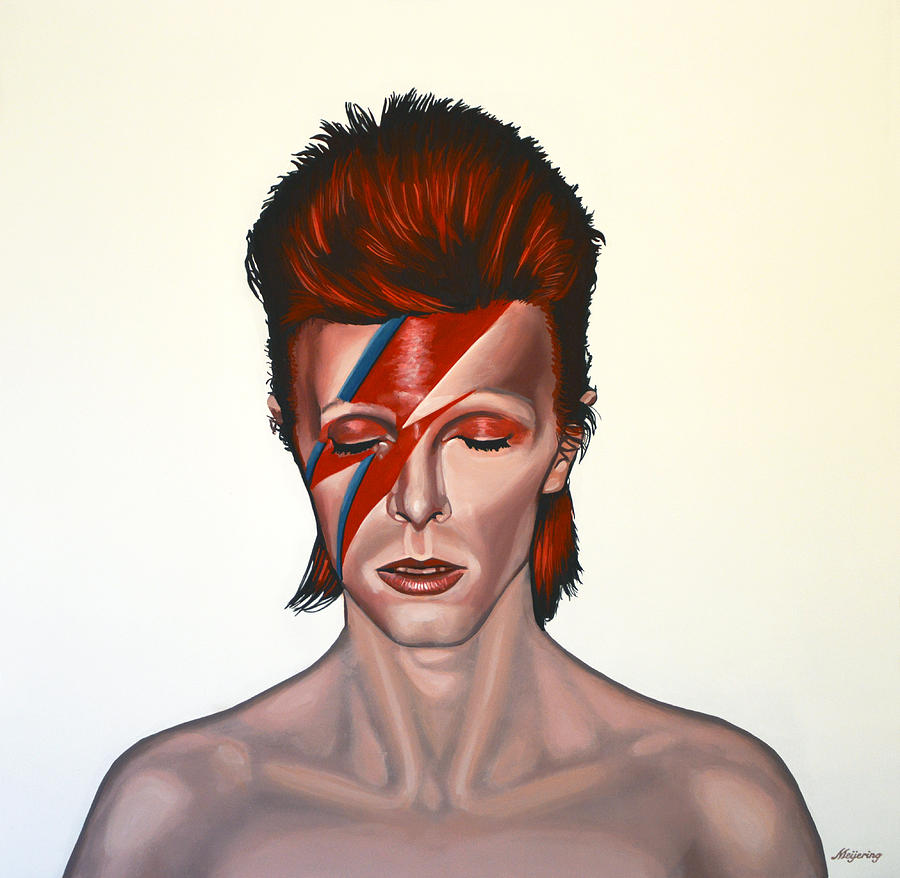 David Bowie Aladdin Sane is a painting by Paul Meijering which was uploaded on November 21st, 2013.

David Robert Jones (8 January 1947 - 10 January 2016), known as David Bowie, was an English singer, songwriter, actor and record producer. He was a figure in popular music for over five decades, considered by critics and musicians as an innovator, particularly for his work in the 1970s. His career was marked by reinvention and visual presentation, his music and stagecraft significantly influencing popular music. During his lifetime, his record sales, estimated at 140 million worldwide, made him one of the world's best-selling music artists. In the UK, he was awarded nine platinum album certifications, eleven gold and eight silver, releasing eleven number-one albums. In the US, he received five platinum and seven gold certifications. He was inducted into the Rock and Roll Hall of Fame in 1996.

Nice job! Keep up the good work! Great talent. I really would apreciate your feedback of my Photography ;-)

Amazing work. I love it! You inspire me. Have to put more thoughts into my artwork :)

😊 💖 🌸Congratulations on your recent sale of a wonderful work. 😊 💖 🌸 "Art consists of limitation. The most beautiful part of every picture is the frame."

Congratulations on your sale! paul

Art provides an opportunity for kaleidoscopic thinking. Each time we shift the lens of our perceptions, we gain new perspectives — and new opportunities for innovation. CONGRATULATIONS ON YOUR RECENT SALE OF AN AMAZING WORK!