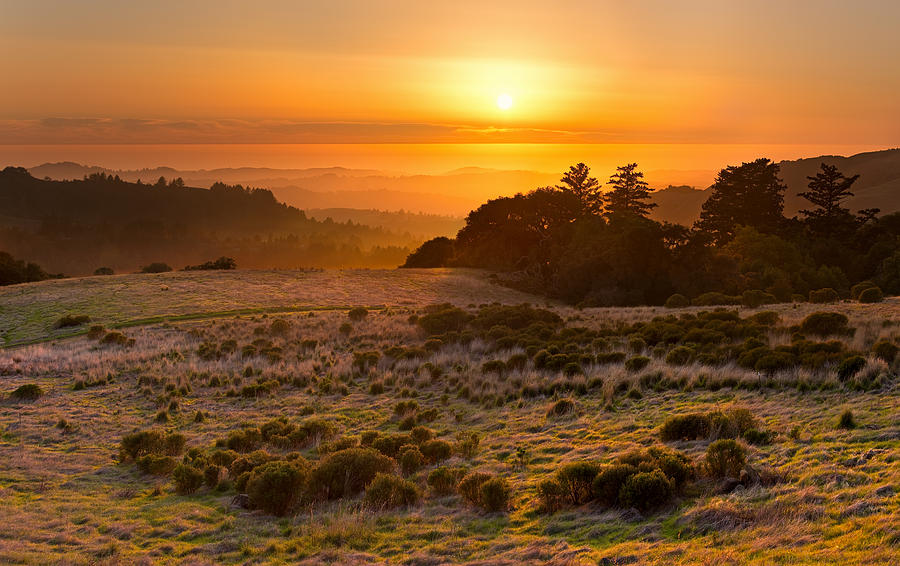 Easy Living - Russian Ridge California is a photograph by Matt Tilghman which was uploaded on March 16th, 2014.

When I think of Native Americans, I tend to think East Coast (Iroquois, Cherokee, Seminole), or Plains (Sioux, Cheyenne), or even Southwest (Navajo, Apache). But rarely do I think of California. However, what is now California was home some of the most vibrant, thriving indigenous peoples. Before European contact, one third of all Native Americans in (what is now) the United States were living in California. It was also home to one of the highest densities of distinct languages and dialects anywhere on Earth. In fact, the westward movement in the 1800s (gold rush, Oregon trail, manifest destiny, etc.) actually reduced the population in California by 90% over the course of the century, due to Westerners bringing new diseases and invasive plants! After spending some years exploring these parts, I can see why the natives had made such a prosperous home for themselves. The weather is mild and peaceful, the landscape fruitful. There's several deer in the distance in this photograph that I didn't even notice until editing! Taken in Russian Ridge Open Space.

Gorgeous landscape and that golden California light is fantastic!

beautiful and so well done..voted