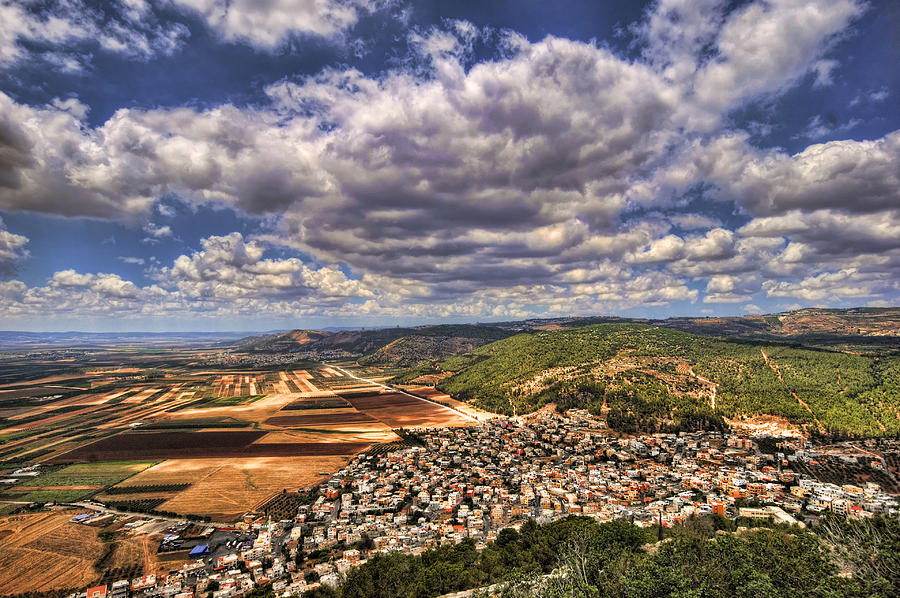 Emek Israel is a photograph by Ron Shoshani which was uploaded on February 6th, 2012.

Overlooking emek israel as known as Jezreel Valley from the mountain top on a wonderful winter morning. This valley is mentioned throughout the... more

overlooking emek israel as known as Jezreel Valley from the mountain top on a wonderful winter morning. This valley is mentioned throughout the centuries and in the bible to host several leaders as Joshua, Deborah, Gideon and King Josiah.

The Jezreel Valley is a large fertile plain and inland valley south of the Lower Galilee region in Israel. To the west is the Mount Carmel range, and to the east is the Jordan Valley.

Biblical cities in the Jezreel Valley include Jezreel, Megiddo, Beit Shean and Afula.

The valley formed an easier route through the levant than crossing the mountains on either side. As a result it saw a large amount of traffic, and was the site of many historic battles such as the battle of Megiddo that was fought in this valley.

In Christian Eschatology, the part of the valley on which the battle of Megiddo was fought is believed to be destined to be the site of the battle between good and evil known as Armageddon - a word derived from Megiddo.

As of today, the Jezreel Valley is a green fertile plain covered with fields of wheat, cotton, sunflowers and corn, as well as grazing tracts for multitudes of sheep and cattle.

You have captured many beautiful shots of Israel! Thank you for sharing.