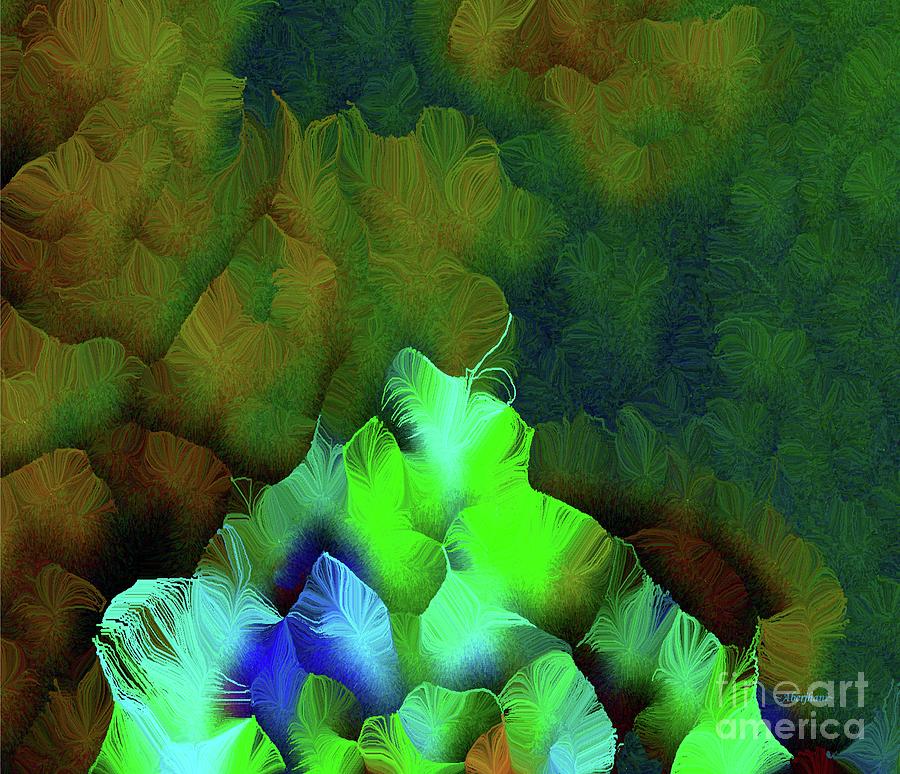 Emerald Rose of the Heart is a mixed media by Aberjhani which was uploaded on September 30th, 2020.

Emerald Rose of the Heart

“The beauty of the green shoot is part of the rose’s beauty…”... more

Emerald Rose of the Heart

“Emerald Rose of the Heart” is a quiet celebration of the creative and spiritual instincts expressed in the works of two iconic literary figures. One is the 20th century American author Flannery O’Connor and the other is the 13th century poet, educator, and spiritual leader Rumi (Jalal al-Din Muhammad Balkhi). What I refer to as their shared uncanny sensibilities is one of the points of discussion in the book “Greeting Flannery O’Connor at the Back of My Mind.” Some might say that because O’Connor was a devout Catholic and Rumi an unwavering Sufi, there are no true similarities between them. But although I’m not going to list all of them in this space, I promise there is.

What I will do here is share this short quote from Greeting Flannery: “Those whose voices, whether as authors, poets, musicians, educators, artists, philosophers, or political activists, had enriched my life the most, had certainly been thinkers and visionaries who saw the wounded state of humanity before them and advocated belief in opportunities for healing.” (Aberjhani)

To visually express the correlation which I feel exists between O’Connor and Rumi, I wanted to use a palette and pattern complimentary to both. The shades of emerald green, blue, and dull bronze are consistent with hues found in the feathers of peacocks associated with O’Connor. The same may be said Rumi, who also employed the image of the peacock in different parable-poems to communicate lessons about the pitfalls of extreme vanity or ambition leading to unbridled greed.

Much appreciation to the BEAUTY IN ART Group for featuring Emerald Rose of the Heart.

This is so great Aberjhani! Wonderful creativitiy!

Thanks Carol. The inspiration provided by the subjects helped a lot.

Thank you very much Nicklas.

I greatly appreciate that Jerry.

A wonderful , beautiful Creation, Aberjhani. And, scintillating dialogue, celebration of the genius, of you, of Flannery O'Connor, and my divine favorite: Rumi. This brought to mind a quote I treasure, "But he that dares not grasp the thorn, Should never crave the rose.", Emilie Bronte...your title inspired my memory of this quote, just fyi. I do so admire your palette for this expression,testimony,about humanity in crises, .........I could go on,on,on. Kudos ! This has lifted my HEART...fav, VIVA

Thank you very much VIVA for the expressed appreciation and for the shared quote. Because so much of your work has motivated & inspired me a great deal, I'm glad & honored to know "Emerald Rose of the Heart" gave you a bit of a lift.