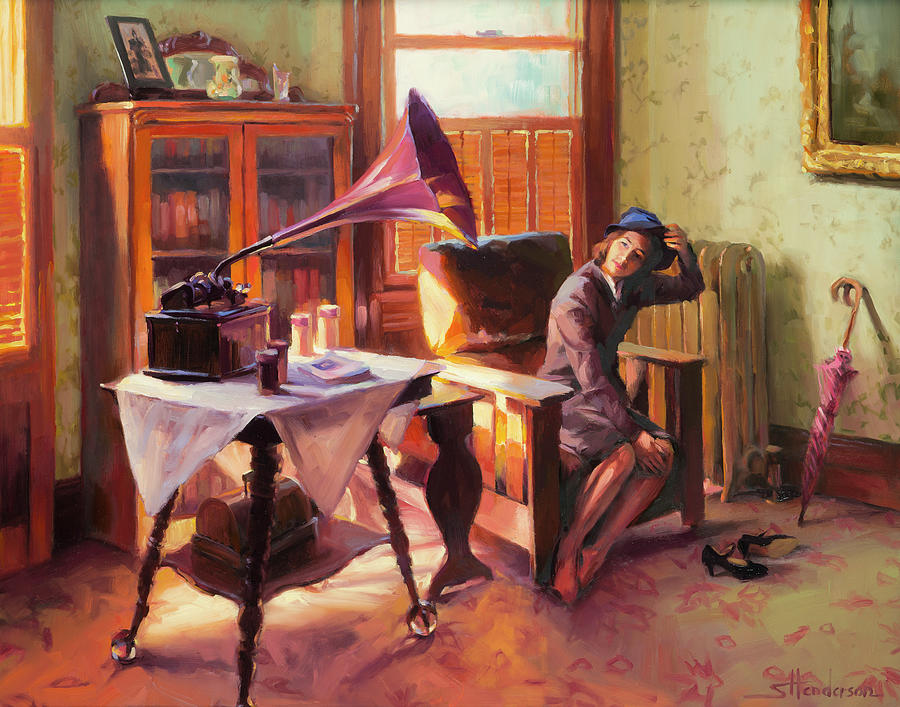 Ending the Day on a Good Note is a painting by Steve Henderson which was uploaded on March 20th, 2017.

Ending the Day on a Good Note

Every day has its beginning and its end. Time at home is time to relax, refresh, and be with one's thoughts and family.... more

Ending the Day on a Good Note

Every day has its beginning and its end. Time at home is time to relax, refresh, and be with one's thoughts and family.

This is not something to feel guilty about, at all, but for some reason, many people feel that to indulge in time for oneself is a sin somehow – whether a religious sin because we’re supposed to be “doing something for God” (which generally means volunteering our time for whatever church we attend) or what is becoming today’s major social obligation, “putting our best foot forward” for our job. Increasingly, in a corporate-based culture, one’s job replaces one’s God, and we are pressured to sacrifice our time, thoughts, and creativity so that someone else – the corporation that ultimately employs us – can make money.

It was a bit this way in the 1940s, during the war years of World War II, when everyone was “encouraged” to “do one’s bit.” The young woman in the painting, Ending the Day on a Good Note has returned from some such “bit,” some form of work for the military that the propaganda of the time harangued her into doing.

Maybe she believed in what she was told, maybe she didn’t (it’s the same way today, as we deal with our own 21st century “do one’s bit” propaganda), but at the end of the day, her time was her own, and the shoes were kicked off, the hat doffed, and she was free to be with her thoughts, her dreams, her hopes, her plans for the rest of the day.

This is why home is so important, and it’s why we need to make sure our home IS our home – not the magazine photo-shoot that the TV and home design industry (more propaganda) says it should be. We need time away, time to ourselves, time of privacy and lack of interruption, to be who we are and think our own thoughts.

Her expression is magnificent...I enjoyed browsing your galleries Steve. You are one of my fave painters on FAA. l/f/facebook

Outstanding art! Voted your entry in the Comfort of Home From the Inside contest.

Thank you, Balaji, for taking the time to view and share.

I love how each of your art pieces, besides being beautiful, tell a whole story.

Thank you, Fernando. I am pleased that you appreciate the narrative element.

this is gorgeous, Steve. love the light filtering in through the window!

Wonderful capture of place and time!

Wonderful piece from another time :)