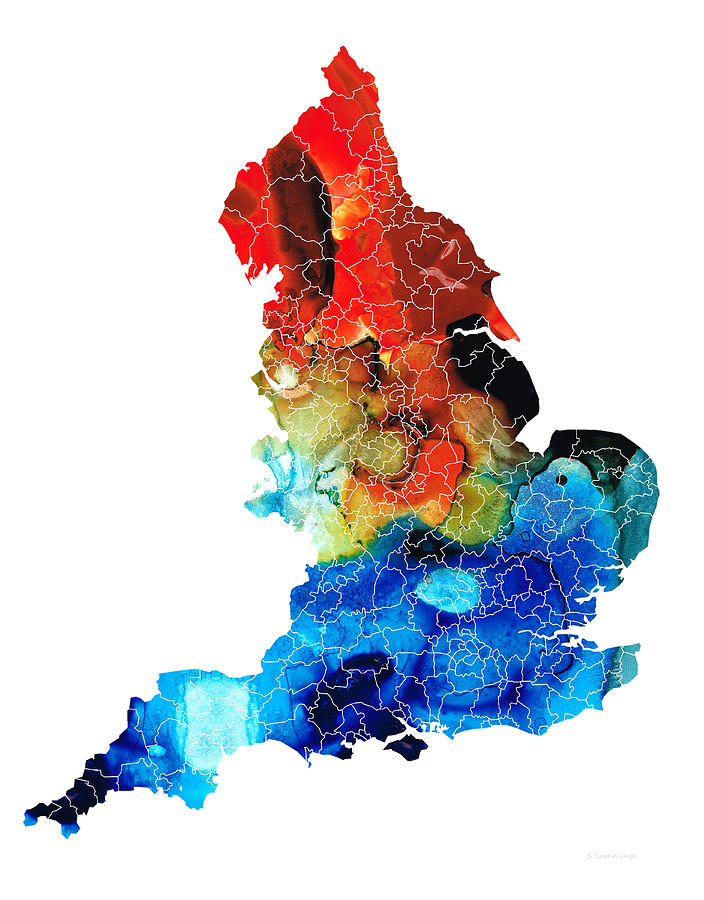 England (Listeni/ˈɪŋɡlənd/) is a country that is part of the United Kingdom.[1][2][3] It shares land borders with Scotland to the north and Wales to the west. The Irish Sea lies north west of England, whilst the Celtic Sea lies to the south west. The North Sea to the east and the English Channel to the south separate it from continental Europe. Most of England comprises the central and southern part of the island of Great Britain which lies in the North Atlantic. The country also includes over 100 smaller islands such as the Isles of Scilly, and the Isle of Wight.
The area now called England was first inhabited by modern humans during the Upper Palaeolithic period, but it takes its name from the Angles, one of the Germanic tribes who settled during the 5th and 6th centuries. England became a unified state in 927 AD, and since the Age of Discovery, which began during the 15th century, has had a significant cultural and legal impact on the wider world.[4] The English language, the Anglican Church, and English law � the basis for the common law legal systems of many other countries around the world � developed in England, and the country's parliamentary system of government has been widely adopted by other nations.[5] The Industrial Revolution began in 18th-century England, transforming its society into the world's first industrialised nation.[6]
England's terrain mostly comprises low hills and plains, especially in central and southern England. However, there are uplands in the north (for example, the mountainous Lake District, Pennines, and Yorkshire Dales) and in the south west (for example, Dartmoor and the Cotswolds). The former capital of England was Winchester until replaced by London in the 12th century. Today London is the largest metropolitan area in the United Kingdom and the largest urban zone in the European Union by most measures.[nb 1] The population of over 53 million comprises 84% of the population of the United Kingdom, largely concentrated around London, the South East, and conurbations in the Midlands, the North West, the North East and Yorkshire, which each developed as major industrial regions during the 19th century.[7] The Kingdom of England � which after 1284 included Wales � was a sovereign state until 1 May 1707, when the Acts of Union put into effect the terms agreed in the Treaty of Union the previous year, resulting in a political union with the Kingdom of Scotland to create the Kingdom of Great Britain.[8][9] In 1801, Great Britain was united with the Kingdom of Ireland through another Act of Union to become the United Kingdom of Great Britain and Ireland. In 1922 the Irish Free State seceded from the United Kingdom, leading to the latter being renamed the United Kingdom of Great Britain and Northern Ireland.