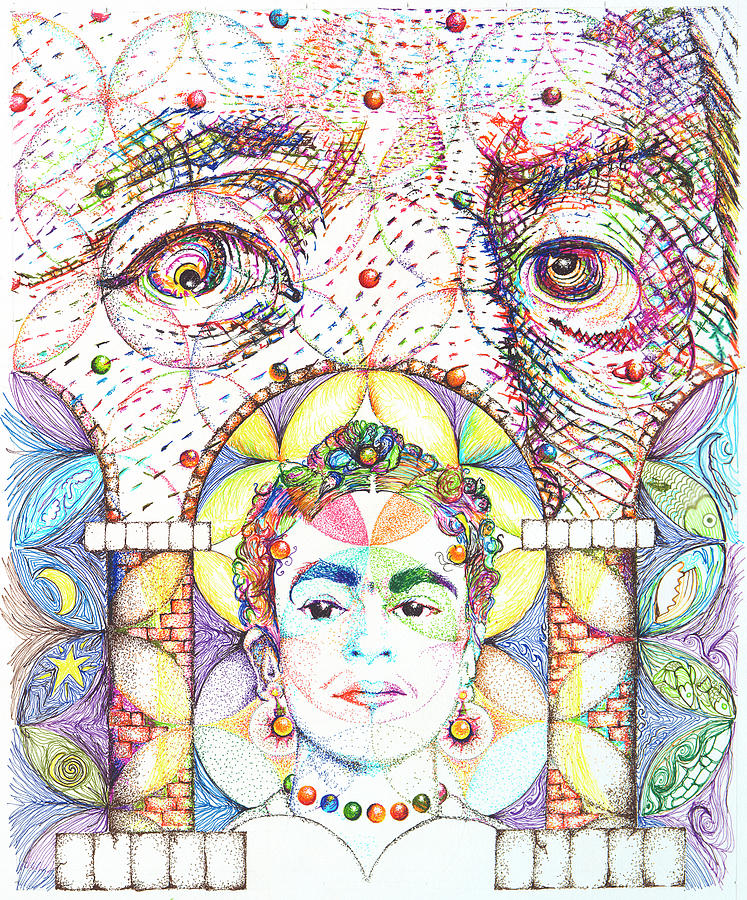 Eternidad- Sombra de Arreguin is a drawing by Doug Johnson which was uploaded on September 13th, 2016.

This piece is the first of my Sombra de Arreguin series was my initial attempt to use Arreguin's visual language to express my own personal reckoning... more

This piece is the first of my Sombra de Arreguin series was my initial attempt to use Arreguin's visual language to express my own personal reckoning of cultural, philosophical, and mathematical truths and relationships.
One inspiration for this work was the book, The Lacuna, by Barbara Kingsolver. In this historical fiction, Kingsolver explores Mexican aesthetics, politics, and culture, as revealed in odd relationships and events surrounding the artists Frida Kahlo and Diego Rivera and their friend and house guest Leon Trotsky, the Marxist revolutionary and theorist. The story gave me an entirely new perspective on the work of Kahlo and Rivera.
Another influence on my artwork was a project I was working on at the same time. I was writing a modern version of Gabriel Garcia-Marquez "100 Years of Solitude"a similar narrative and writing style, but with an American story. Marquez' novel, a commentary on Latin American politics and colonialism, is infused with magic realism and set in the fictional town of Macondo. To create my American version of Macondo, I turned to my childhood memories of Brownsville, Texas, and a novel emerged, titled Las Mujeres de Ben Franklin (Ben Franklins Women). Given the echoing significance of that name Ben Franklin is a historic figure, Ben Franklin is a store, Ben Franklins face is on the $100 bill. Ben Franklin became a major influence on Eternidad. Thus, a geometric composition containing the engraved portrait of Ben Franklin from the $100 bill is superimposed over the iconic image of Frida Kahlo beneath a monumental classical arch. This was this first piece I showed to Alfredo Arreguin in gratitude for his inspiration.